The beauty and the menace of Whakaari 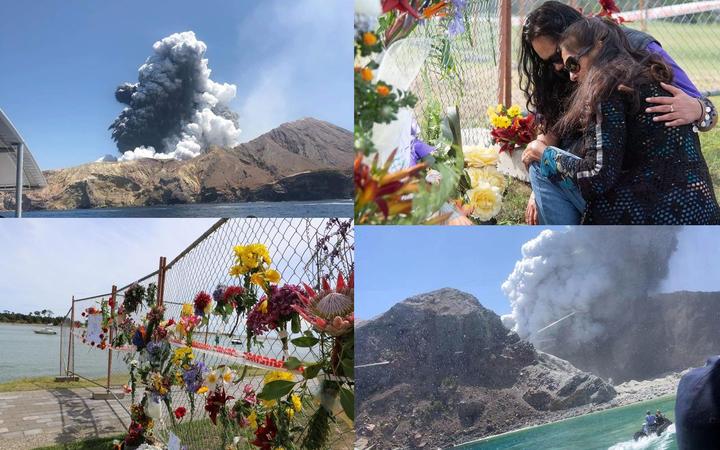 Her parents live at Ohope Beach, and she grew up there seeing the island every day, the puff of cloud hanging over it always changing.

“You always feel the presence of Whakaari,” she says.

Her mother Madeleine says there’s a bad feeling in the district now though, with the bodies still out there.

Ngāti Awa are guardians of Whakaari – the ‘angry volcano’ - and bought White Island Tours in 2017.  The iwi is playing a part in the recovery of bodies on the island.

Pouroto Ngaropo is an elder, cultural advisor and Whakatāne District Councillor. He thinks of Whakaari as a woman. “That’s the information that’s been handed down from generation to generation,” he says.

“She is the main ancestor that connects us to an ancient world … she has her own personality. When there’s earthquakes, she’s dancing. When she’s having a stroppy mood, that’s when she erupts.”

Whakaari is also a place local Māori fish, and gather mutton birds from.

Ngaropo says in the future they need to work with GNS to be able to pre-empt and predict “with our knowledge, and with science knowledge”, to pre-warn and protect the community, tourists and anyone who accesses the island.

“If she’s going to have another one of her mood swings we don’t go that day.”

In the scheme of things this fatal eruption was not large – it was just that people were close to the crater that day.

“I’m thinking spiritually, why is this happening?” says Ngaropo. “Are we listening to what Whakaari is trying to express to us of what we need to be cognisant of?

“There’s the domain of money. Is that really the main purpose for having tours? Or is it just because we wanted to connect back and find out who we are?

“Spiritually she’s speaking out to us, she’s saying ‘enough’s enough. In terms of tourism, I don’t want to be abused any more.’ That’s what I feel. We need as a community to have a time to mourn. At the moment we’re trying to make sure everyone is safe. We need to make sure we can get the rest of those that are still on the island. It’s tapu because of the fact that we have our distinguished dead there.”

A rāhui has been placed on the wider area.

Ngaropo says at the moment, tourism should come last.

The owner of local radio station 1XX is Glenn Smith. He says in the age of social media there’s a lot of misinformation when something like this happens. The station’s trying to stay away from sensationalising things and concentrating on issuing factual information.

The police, council and members of the public were all calling in with information on the eruption. It didn’t take long before they knew there had been people there.

Smith describes Whakaari as the “beauty and the menace”.

He says people around town are saying the island will never be opened to tourists again.