A 100 hectare blaze near Karikari in Northland has been contained by firefighters. 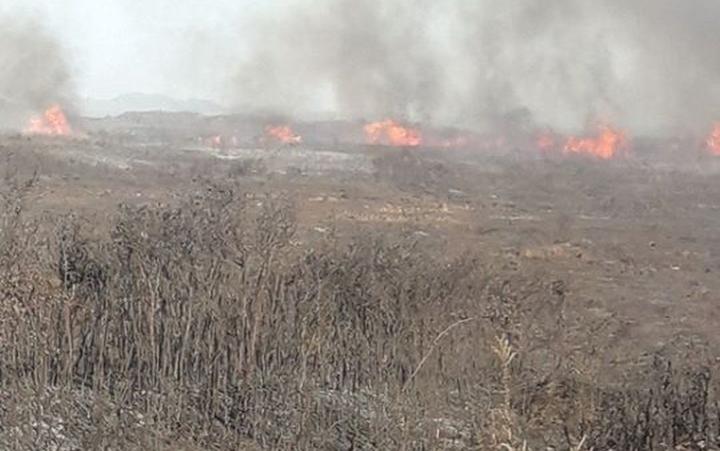 The scrub fire on Karikari peninsula in Northland started after a car hit a power pole. Photo: Top Energy / Facebook

The blaze started after a car hit a power pole near Lake Ohia yesterday afternoon.

One person was seriously injured in the crash, which also caused a power cut.

Carol Stensness said the fire was closest to her property on Ramp Rd - where the fire broke out.

She said tinder-dry conditions and high winds had been hampering efforts.

A nearby freedom camp was evacuated yesterday and four other properties on Ramp Rd were evacuated today.

Four helicopters, 30 crews and a 12 ton digger were at the scene trying to take the fire under control.

There has been a fire-ban in the area since November.