Iwi around the Eastern Bay of Plenty have placed rāhui over their coastlines to show their respect for the victims of the Whakaari eruption. 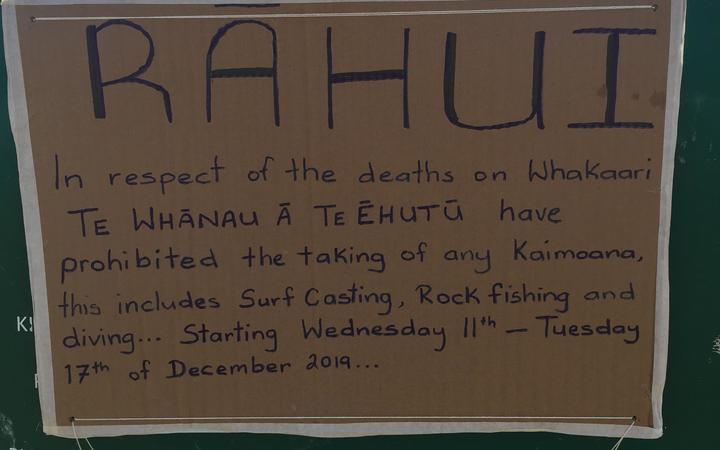 The rāhui have been bestowed to honour the whānau and protect the mauri or life-force of the area where their bodies are at rest. Signs have been erected, prohibiting people from collecting shell fish, diving, fishing or going anywhere near the water.

Before the sun rose the day after the eruption, Ngāti Awa placed a rāhui on Te Puia o Whakaari island - it also encompasses the Whakatāne, Ōhope and Ōhiwa coastlines, and Rurima and Moutohora islands.

Ngāti Awa rangatira Te Kei Merito said while many Māori understood the purpose of a rāhui and adhered to it, it was important to convey the ethos of rāhui to the wider community so they might be more inclined to respect the custom.

"There are a number of reasons to place a rāhui, and in this case the purpose is to acknowledge the fact that multiple people have already lost their lives as a result of the eruption. The application of rāhui in this instance is very much a sign of respect to those who lost their lives, and to their families," he said.

Neighbouring iwi Te Whānau a Apanui and Whakatōhea whakapapa to the island - and pūrākau or stories of Te Puia ō Whakaari vary from hapū to hapū.

Te Whānau ā Apanui yesterday placed a rāhui over 130 kilometres of coastline between west of Hāwai and Whakatiri or Lottin Point.

Spokesperson Rawiri Waititi says Whakaari is considered an ancestor to his people. 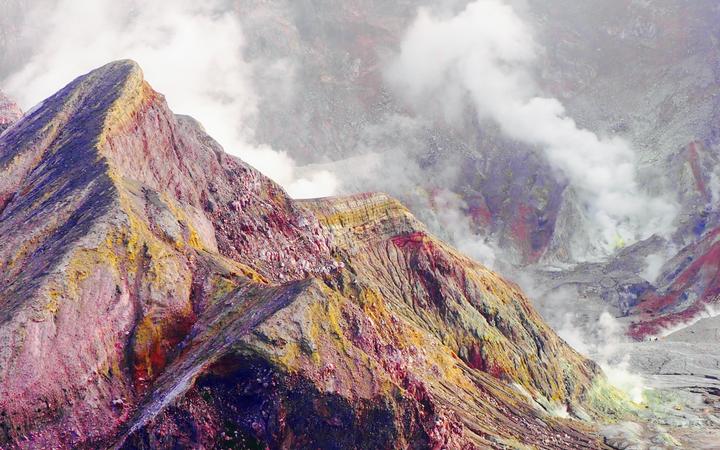 "We have traditional kōrero that Whakaari was once married to one of our maunga, Tihirau, it doesn't differ from those stories that Ngāti Awa have in terms of Pūtauaki, or Tūwharetoa have with Tongariro, we have specific kōrero here in Te Whānau a Apanui, Whakaari was married to Tihirau and the smaller, mountain peaks around Tihirau are their children and a dispute happened between them and when she was heading back to her parents in Hawaiki she didn't make it before the sunrise, hence how she has ended up out there in the ocean."

Mr Waititi warns the recent eruption could be a tohu, or sign.

"After this, I would think people would have to seriously consider the safety of people and respecting Whakaari as a living volcanic rock, her fury is unpredictable we should leave it as a place to admire from a distance, this loss of life in the last couple of day proves that we need to respect these types of places."

The rāhui placed by the hapū of Te Whānau ā Apanui, Te Whānau ā te Ēhutu, is especially poignant as Tipene Maangi who is still due to be recovered from the island, is a descendent of that hapū.

Tipene Maangi's whānau is of Te Whānau a Apanui - and he is linked to both Te Whānau ā Te Ēhutū and Te Whānau ā Kauaetangohia hapū.

A hapū pakeke says as well as the connection to their whānaunga, Maangi, the subtribe's affiliation with Te Puia o Whakaari goes back to the 1800's when the island was given as a gift to the chiefs of Te Whānau ā Te Ēhutū and was included as part of their Treaty of Waitangi claims.

In other nearby rohe, Ūpokorehe has also placed a rāhui over 12 kilometres of coastline between Waioweka River and Maraetotara.

Kaumātua Wallace Aramoana explains when there is a tragic loss of life, their bodies and surroundings become sacred.

"A no take zone, no taking shellfish, seafood, fish or anything like that, for us it's automatically tapu. It's [rāhui] respect to those who are lost, we have a karakia and clear that away so everybody is safe from all those things, it's in respect of what happened."

And he warns people not to evade tikanga Māori.

"For many years now we have been talking about wahi tapu but we get ignored by council's, regional council's even if we work in partnership, we still hold on to our Māoritanga and tikanga, it was something we were born with, we grew up with - so that's how we see it."

With the focus now turning to the expected recovery tomorrow, Ngati Awa plan to lift the rāhui in the region while the bodies are being recovered.