Tourists who were at Whakaari / White Island on Monday have shared video of witnessing the eruption as they left the island on their tour boat.

Warning: This video shows the eruption on Whakaari / White Island and may be distressing to viewers

Whakaari / White Island erupted at 2.11pm on Monday sending ash 3.6km into the air. The official death toll released by New Zealand authorities is eight, after two people died in hospital overnight. Among those who died in the eruption are Australian brothers Matthew and Berend (Ben) Hollander, Jason Griffiths, Karla Mathews and Richard Elzer.

The video was shared on social media by Brazilian Allessandro Kauffmann, who documented the trip.

It shows the visitors touring the island and taking selfies near the crater before finishing their trip and getting back on their boat.

After the boat left the island they saw the eruption happening behind them. 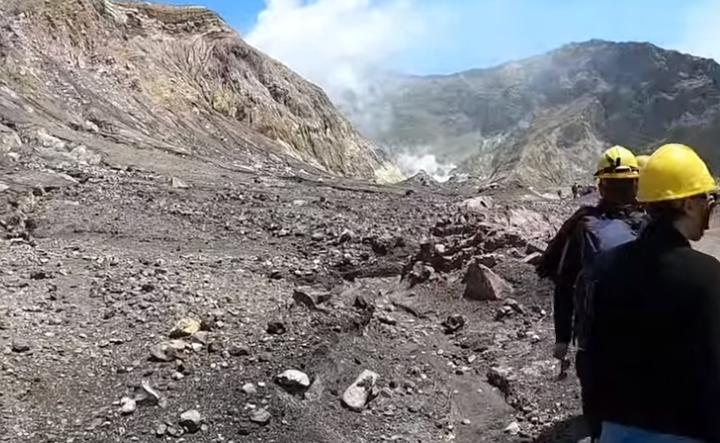 The group toured the island before finishing their trip and leaving on their boat. After they left they saw the eruption happening behind them. Photo: Screengrab / YouTube / Allessandro Kauffman

As the ash cloud grew they were told to get inside the boat which was speeding away from the site.