A Pasifika woman now living in Flaxmere in Hawke's Bay is thankful she escaped a mouldy and damp rental property nightmare that was meant to be her first slice of Kiwi paradise. 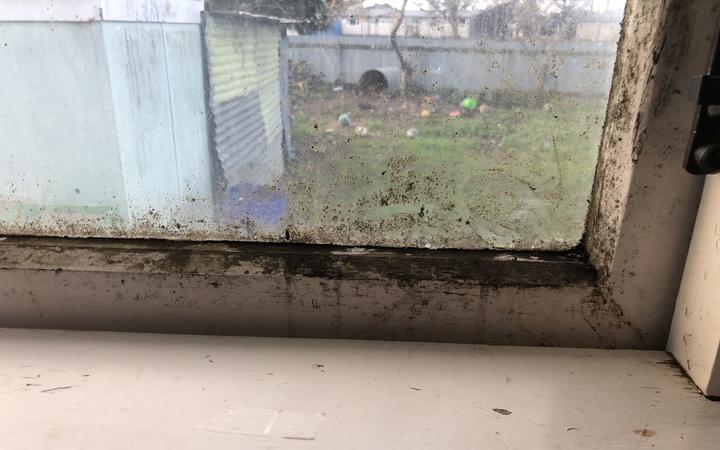 Talalelei Hefa moved to New Zealand from Tonga in July - five months pregnant - with her husband - but escaped the rental property just recently because it was affecting the health of her and her family.

It was probably the worse introduction to New Zealand anyone could dream of during the height of winter.

Mrs Hefa, her husband, and extended family moved into the rental property in Flaxmere, but the cracks started to appear.

She was worried about her health and the health of her unborn baby.

"Because at that time I was carrying my son ... so I was scared about my son as well," she said.

To make matters worse, the landlord wanted to charge her for the repair work that needed to be done.

She refused and got help from the Hawke's Bay District Health Board's healthy housing programme - and now the family live in a new rental - which is dry and ventilated.

A social worker on the housing team, Gaylene Best, said mould was worse than meth.

"Mould especially is more detrimental to health than P - so educating not only the tenants, the landlords and that, and the subsidies that are available through the council has really helped," she said.

Alice Peacock, who works as a social worker with the healthy housing programme, travels around the Bay helping vulnerable families in mouldy houses.

She gives them tips and kits to improve their living conditions which sometimes involves spraying vinegar on the mould and then wiping it away.

"We go through it with people so they basically spray the vinegar onto any areas with mould - leave it for 30 minutes to kill the spoors - and then wipe it off and throw those clothes away in the rubbish," she said.

She reckons she's visited about 150 to 200 houses in the past four to five years - and it's not just old properties where mould can be a problem.

"It's in everyone's homes - but it is just particularly bad in some homes where it is a lot harder to ventilate the home - if they don't have mechanical ventilation - if they don't open their curtains," she said.

Recent data from Stats NZ showed nearly 320,000 homes were damp some or all of the time - with some of the worst spots in the North Island.

Otago University professor of public health Philippa Howden-Chapman said she was not surprised by the number of damp houses, saying it's been like that since the 1990s and blames the high cost to heat homes.

"Because we are a temperate - not a tropical country - we need to heat our houses and because the electricity prices have been rising for residential people - it tends to be the last thing on the list," she said.

She was concerned about the tens of thousands of kids admitted to hospital each year because they live in mouldy - damp homes.

And she said while the government's healthy home reforms on insulation, heating, and moisture were a good start she said they lagged behind other countries.

"So while I've heard a lot of comment by the landlords about how onerous these regulations are - which haven't actually come in yet - they are still behind what they do in Britain and in Europe," she said.

Stats NZ subject matter expert on housing Rosemary Goodyear was involved in its general social survey as well as the census - which asked questions about mould.

"[In the] South Island the rates of mould were lower and then higher rates of mould in Northland and also, Wellington, Manawatū, Whanganui etc," she said.

She said Stats NZ planned to ask more questions about mould in its next social survey - and possibly even the next census - to track if houses were getting healthier and government initiatives were making a real-world change.