A gathering of the Samoan community in Japan some years ago may have been a few of the boys getting together for some drinks and a night out. 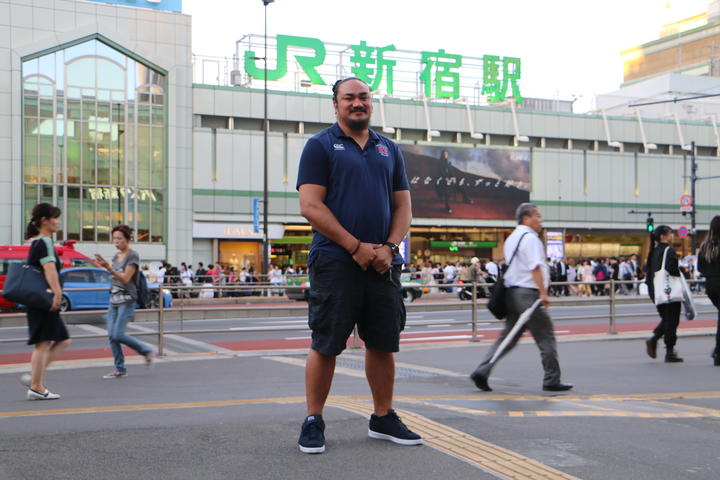 Ben Patu has been living in Japan for 16 years. Photo: RNZ / Leilani Momoisea

But the president of the group Samoan Community Japan, Ben Patu, said as their lives in the country became more entrenched, as more of them put down roots, they found their group needed a new function.

The Samoan community is small, about 30 people around the Tokyo area, and they get together monthly, to eat together, sometimes to dance together.

"Families and kids come along and it's kind of beautiful bringing everyone together, especially when you look at the kids enjoying themselves."

Ben Patu has been the president of the SCJ for two years, and though originally intending to stay in Japan just for the duration of his studies, he's now lived in the country for 16 years.

He came over from Samoa on a scholarship sponsored by the Japanese government, through the Japan International Cooperation Agency, or JICA, for an electronics course.

"Japan, it changes me in the first year." He remembers calling his father after that first year in Japan, knowing his plans to return to Samoa were changing, "he said, whatever you feel is best for you, go for it. It's an opportunity."

"Everybody was giving me advice, telling me about Japan and the future ... I was looking for more than what we have in Samoa." 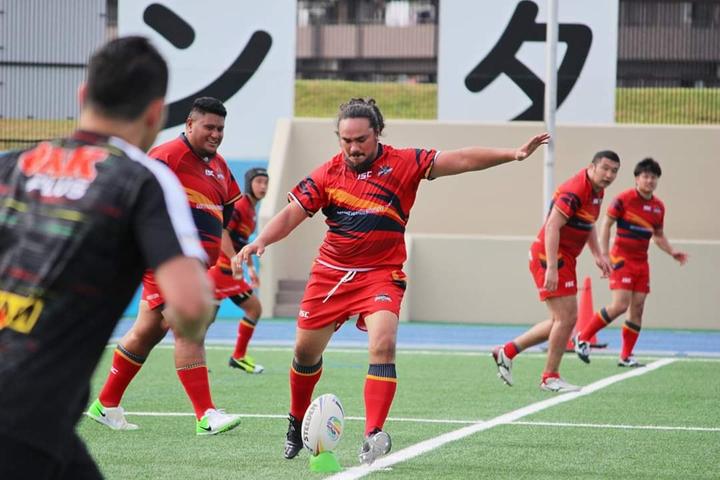 Ben Patu doesn't get paid to play for the YCAC Rugby Club but does it for the love of the game. Photo: RNZ / Leilani Momoisea

Patu had always loved rugby. He played for one of the top teams in Samoa, Vaiala Ulalei Rugby Club as well as the Samoa U20s. He thought he was giving up that part of his life when he chose to study over pursuing the sport.

In Japan, he had a friend who came over a year earlier, already playing for the YCAC Rugby Club, and so it came to be that he played rugby in Japan after all, and doesn't see himself stopping any time soon.

"This club has a history in Japan as one of the oldest rugby clubs founded in 1866."

It's a club he considers family. "They were taking care of me, I had nothing in the pocket and they helped me out. Not just on the field, but off the field too. Very good guys. They took good care of me."

He said he doesn't get paid to play for the club, he plays for the love of the game, and it was his rugby contacts that helped him find work after his studies.

Patu worked for Ericsson mobile for years, and now works at Amazon AWS Japan. Though he had spent a year studying Japanese, it was only while working on the job that he began to get the hang of the language, and how to use it in everyday conversation.

"It was pretty hard adjusting here. I had zero Japanese, no idea about what kind of country this is. And I only had a little English because I didn't have the opportunity to speak much English in Samoa."

"People here mind their own business. They don't really come and bother you. It's a bit different from back home where everyone is in your business. And if something happens the news spreads fast." 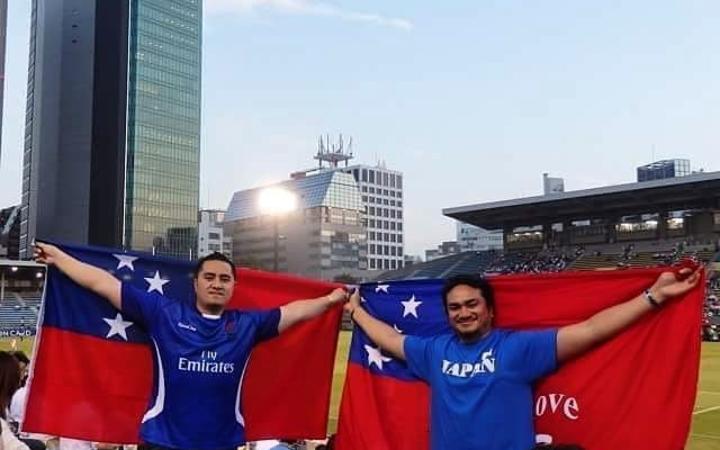 Patu first met his wife at a part-time job in 2007, and they now have three daughters. He speaks to them in Samoan when he prays before they eat. His wife has been begging them to move to Samoa after a visit there in 2011.

For now though, he's sticking with Japan, and hopes to provide Samoan students with the information he was missing when he first moved over.

"That's also another reason why we have the Samoan Community meetings, to explain the life here to them. Back then there was nothing like that."

His advice for students thinking about coming over to study in Japan, is to come over with a vision.

"Don't limit the vision. People need to challenge themselves. Go to places they've never been."