While Japan might not be famous for its love of the oval ball, its connection with rugby dates back further than New Zealand's. Joe Porter recently travelled to Tokyo and found the roots of rugby in the land of the rising sun to be a tale of two stories ... 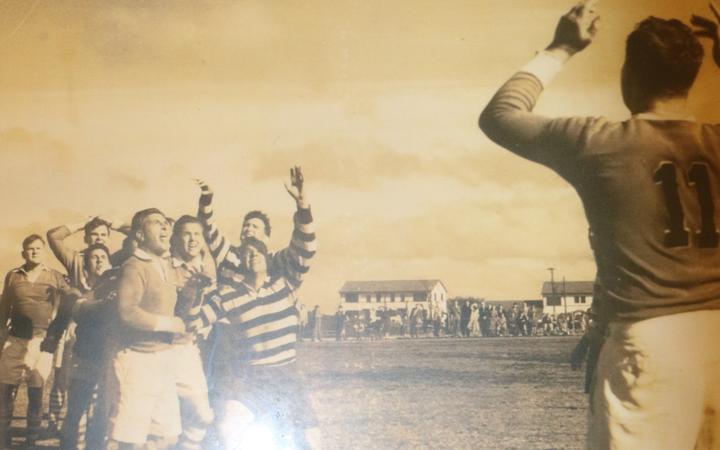 Lineout during a rugby game at the YCAC in Yokohama. Photo: supplied

Japan will host Asia's first ever Rugby World Cup later this year and Akira Shimazu, who heads the 2019 World Cup organising committee, said rugby was brought to the country by Japanese born Englishman Edward Clarke in 1899.

"Rugby in Japan has a history of over 100 years. It is said that rugby was first introduced to Japan through a teacher from England, teaching at Keio University, and the students picked it up from him," Shimazu said.

That's the official story from the Japan Rugby Football Union (JRFU) too, though, as with most histories, there are other stories and competing claims.

Rich Freeman is a Yokohama based journalist who's covered and played rugby in Japan for 20 years.

"The first Japanese side, to put it diplomatically, was 1899 at Keio University. The guy that was supposed to have founded that was a guy called Edward Bramwell Clarke, who was actually born here in Yokohama, which is where the actual first rugby club (in Japan) was founded in 1866. So there is a 33 year gap between the 'starts' of Japanese rugby."

And Freeman has his own theories on how Professor Clarke came into the sport.

"Clarke was the son of a baker here in Yokohama and there's a good chance on a Saturday afternoon he was here watching the Yokohama Rugby Club play rugby. That developed his interest in the sport so that when he went to England for university he already had a background in the sport. He decided to bring that (rugby) back to Japan when he returned to teach here, but for 33 years before that, rugby was being played here in Japan. 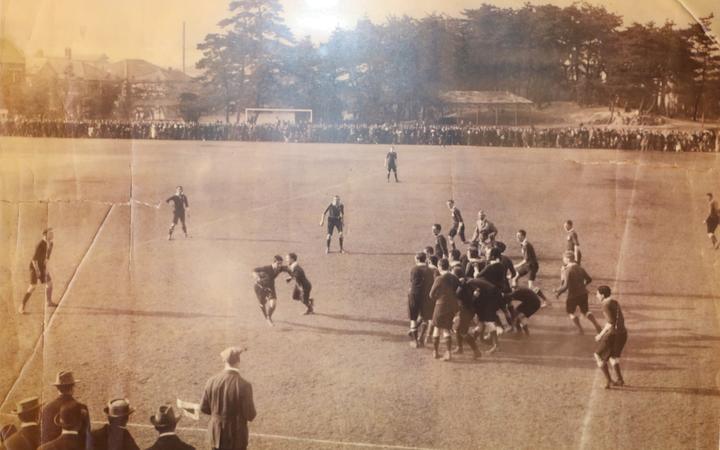 Game of rugby at the YCAC in Yokohama. Photo: supplied 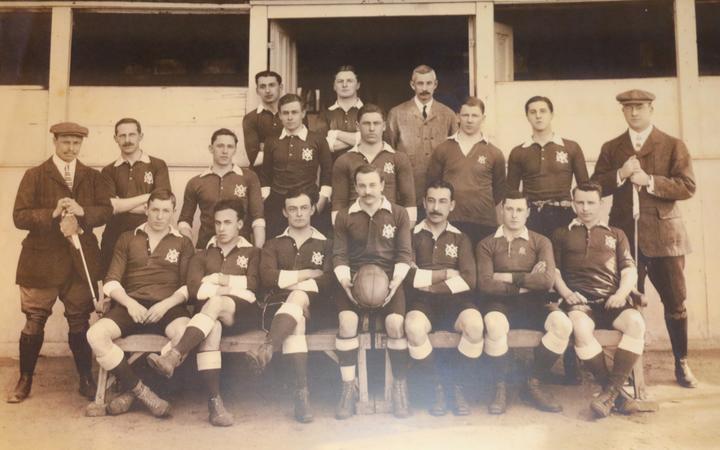 "When Yokohama opened up to the foreigners, you had a lot of traders. A lot of the traders in those days were Scots and there was a big Scottish influence in the area. We're now in this cafe called Mollison's, who was the founder of the club. There were also old boys from the Rugby school involved and from 1866 in the Japan Times newspaper there is minutes of the club meeting saying, 'If rugby can be played in Yorkshire, we don't see why it can't be played in Yokohama too'," Freeman said. 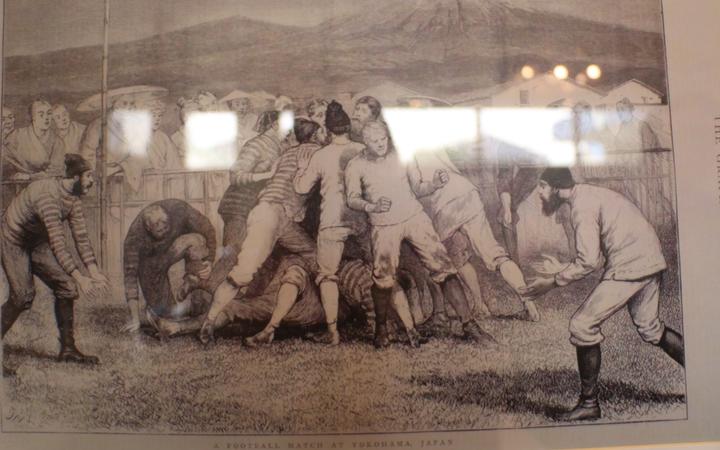 Illustration of one of the first rugby games at the Yokohama Country and Athletics Club, Yokohama, Japan. Photo: supplied

Though without any official Japanese participation, the JRFU refuses to call those games the birth of rugby in the country.

Koji Tokumasu, the President of the Shibuya Rugby Club in Tokyo, says as boy he was often told about the first games of rugby in Yokohama, and the strange sport that captivated the locals.

Whatever the origin of the game in Japan, come September, Asia's first Rugby World Cup will hope to capture a whole new generation of fans and players.

Joe Porter travelled to Japan with assistance from the Asia New Zealand Foundation​.