You have to do more than just be good at rugby if you want to have a successful career in Japan, says Alando Soakai, the former professional rugby player whose resume boasts the junior All Blacks, the New Zealand Sevens and the Highlanders teams. 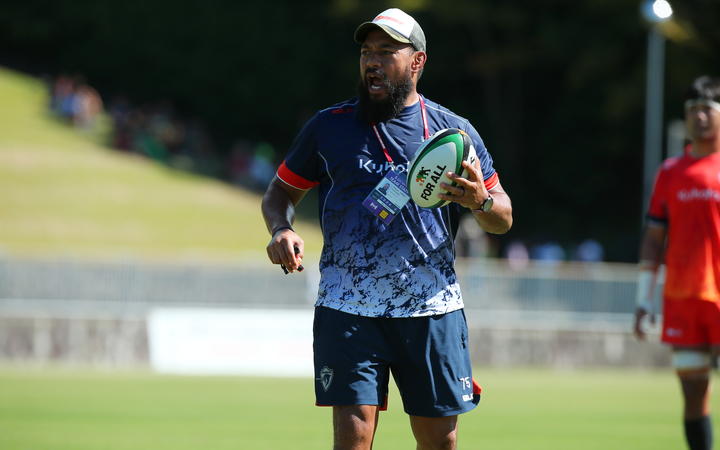 "You have to produce the goods on the field, then you also have to enjoy the culture, speak the language, really get into knowing your teammates."

Japan is not for everyone, said Soakai, who has lived in Japan for eight years, playing five seasons for the Tokyo-based Kubota Spears, and then joining their coaching staff.

He, his wife and four kids love Japan, the food, the people and the culture. But he's seen players come and go, relationships break up.

"It's really important that you don't come over with that foreign mentality mindset, because it can be quite ruthless here. You can get spit out the other end."

Soakai said the players that don't last long are usually the ones that come just for the pay cheque, and Soakai reckons Pacific players are valued in Japan "because we get amongst it".

When he began looking for overseas opportunities, he had initially looking towards the UK but chose Japan for its proximity to home, for a different cultural experience, and because the season is shorter, and therefore kinder to the body.

In the team he coaches there are five Tongan players, straight from Tonga, who have gone through high school and university in Japan.

"I feel, especially the Tongan players, they seem to succeed here because they understand the culture. There is a lot of similarities between the Pacific way and the Japanese way."

He said a big thing is the mutual respect for their elders. 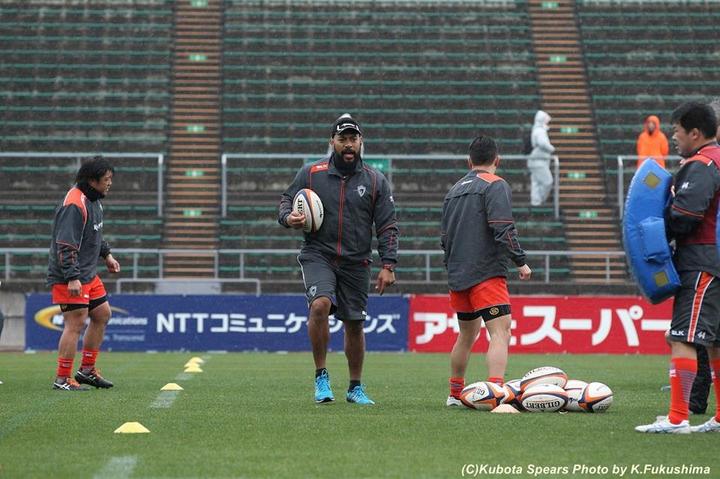 Alando Soakai hopes Japan can keep growing the game off the back of the World Cup. Photo: Kubota Spears - K Fukushima

Soakai looks at Japan's national team, with seven Tongan players in it, and feels great satisfaction seeing them succeed. "It makes me so happy. Just because we come from the same boat."

"It's a big positive … Those guys have had to work hard in terms of on and off the field. Going to university, speaking Japanese, it takes a lot of years to master that.

He hopes Japan can continue growing the game, off the back of the Rugby World Cup.

"In 2015, when they won against South Africa ... they capitalised on it for a year, and then it just died off. They need to keep it going after this."

He said it's a good time to be in Japan as the level of rugby has picked up since he's been here, due to the influence of top quality coaches and players coming in.

Toutai Kefu, the current Ikale Tahi head coach, used to play in the Kubota Spears club in Japan, and then came back to coach there. "He coached me when I was playing, he's the one that actually got me into coaching."

Coaching is another reason he takes a lot of pride in seeing the Tongan players succeed in Japan.

"I've seen some of those guys play at university, and you see them coming through the ranks and play for Japan, it's worth all the hard work you do coaching trying to get these guys through."

He also hopes the conversation about loosening rugby's eligibility laws is something that continues beyond the World Cup. Because Soakai played for the New Zealand Sevens team he couldn't put himself forward as an option to play for Tonga.

"Even just the ability to say, choose me if you want. I didn't get the opportunity ... I'd love to see it change, but I don't see it changing to be honest.

"As a 21-year-old, no one really said to me, look if you sign this, you're locked in … But I look back, and I don't think I would have turned it down. You just want to grow your rugby, keep climbing up."

The rugby that he played in New Zealand gave him the platform to get to where he is now, and despite loving being in Japan, New Zealand and Tonga are still the teams he'll be cheering on most during the World Cup.

"It's always been New Zealand and Ikale. Obviously I'm Tongan, it's good for us if the Tongan team can succeed. Once you hear them sing that hymn, you get goosebumps."