When Takai Palei arrived in Japan from Tonga in 1991, all he knew of the country was based on a Japanese Samurai movie. So it was a surprise when he landed, to find that no one was dressed in Samurai uniform. 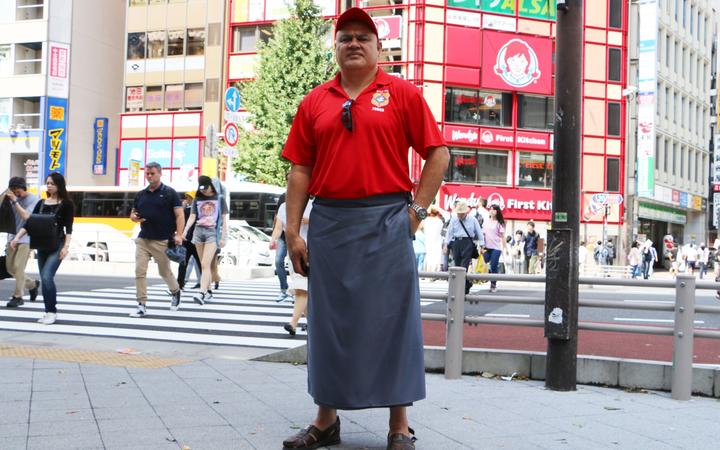 Takai Palei lives in Japan, he moved there on a scholarship and has lived there for almost 30 years. Photo: RNZ / Leilani Moimosea

Palei was in Japan on a scholarship to study and play rugby at Daito Bunka University. He arrived in the cold of winter, but there was luckily another Tongan there to show him the ropes.

Almost 30 years on, he is still in Japan, involved with the Tonga community there, and helping other students and rugby players in the same way he was helped.

He is the secretary of the Tonga-Japan Community organisation, and the assistant to the reverend at their Tongan church.

Through these roles Palei tries to encourage Tongan players to make the most of their opportunities in Japan.

"It's very rare to have such an opportunity like this in Tonga," he said, but he also knows how tough it can be.

He's seen students sent back to Tonga because the high schools and universities don't want them anymore, some don't cope with the Japanese way well.

"When I first came directly to university, I struggled the first year. The first year is only studying Japanese, every day for one year. But it's very good for us." 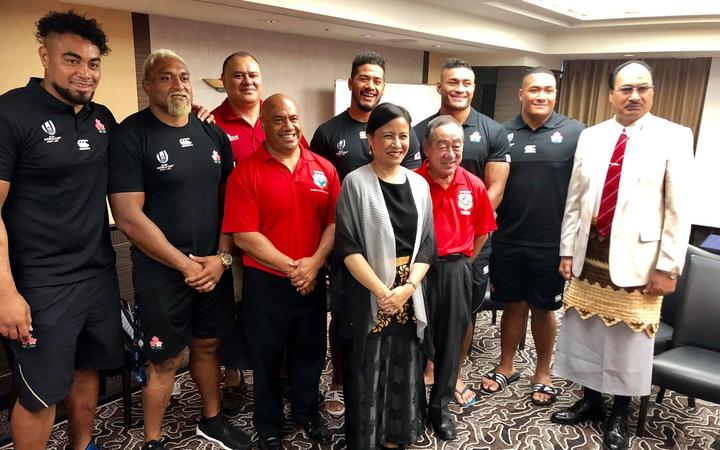 Palei says it's easier for the players who go through high school first, it gives them more time to adapt to the language.

He's disappointed to hear that many of the universities no longer teach Japanese to their players.

Palei says he's been told by management at some of the universities that it costs a lot of money to put the players through language lessons.

"I told them, don't bring the Tongan to use for your benefit. It's better to both benefit for both parties."

After finishing his university studies, Palei had only played for a year at the Yokogawa Electric Company before professional rugby players began coming to his team.

He retired from rugby soon after to concentrate on working for the company instead.

Living and working in Japan, he's been able to help his parents, and family in Tonga.

When he got married and had children, he wanted to stay on in Japan to give his own children the same opportunities he had.

It's the reason he encourages players to do well with their studies.

"Tonga can't compete with the All Blacks … they're at a high level, very professional. So the option for those who are not as good at rugby is to study hard, so they can go to work in a company." 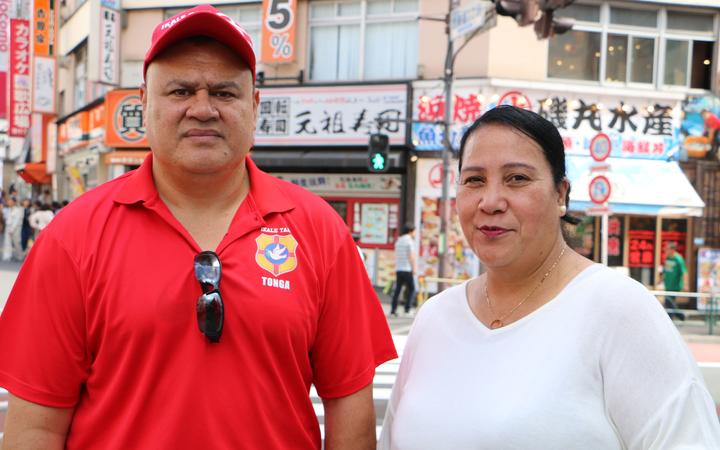 Through the Tonga-Japan community, and their Tongan church, which he says are both run by the same people, just with different management roles, they try to meet with the players as often as they can.

It can be difficult to come together all at once and during rugby season church attendance may vary between four people, his family and the reverend, to up to 20 people.

That's because rugby matches are played on Sunday, making it difficult for rugby players to attend, not to mention how spread out they are over Tokyo and Osaka.

But for larger events, like Fakame [Children's White Sunday] or their recent fundraising for the Ikale Tahi team, many more from the community make sure they attend.

Their community group was also recently given permission to meet with the seven Tongan players in Japan's national team, to pray with them and give them encouragement.

He's very proud of those Tongan players who have made the national side, "because here in Japan most people know us because of rugby, and they promote us Tongans here in Japan".

He's also been making sure to message everyone on Facebook to tell them to support Ikale Tahi no matter what happens.

For now, Takai Palei and his wife Lusila, are staying in Japan for their three children, but they hope to return to Tonga when he retires.