Rally New Zealand is back on the global calendar.

The event has been included on the World Rally Championship schedule for 2020, after an eight year hiatus. 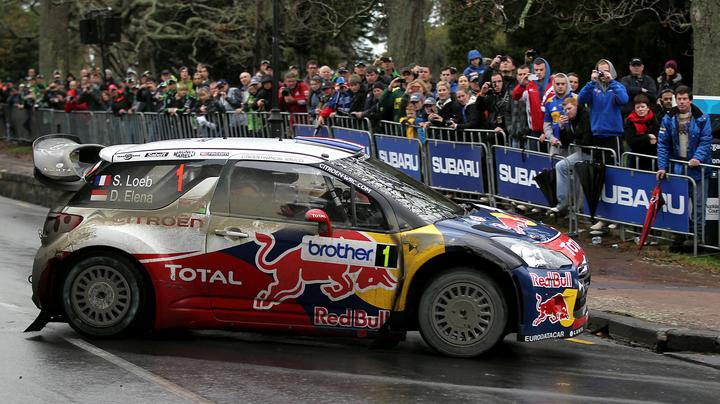 Sebastian Loeb on his way to winning Rally New Zealand in 2012 Photo: PHOTOSPORT

Rally New Zealand will be based in Auckland from 3 to 6 September 2020, and has the backing of Auckland Tourism, Events and Economic Development (ATEED).

"This event has been an iconic part of our sporting landscape in New Zealand for many decades and it's an historic day for motorsport to confirm the event will return. New Zealand has always been one of the most popular events with teams and drivers because of our outstanding rally roads and the level of delivery by our team."

Rally New Zealand has a long history as part of the FIA World Rally Championship, having hosted the event 32 times before securing this one-off return to the championship.

Since 2013, the FIA World Rally Championship has gone from strength to strength as a truly global sporting event under WRC Promoter.

"The WRC is one of the leading global motorsport championships with last year's championship watched by over 825 million viewers across 155 markets on television, and billions of online impressions," said Rally New Zealand CEO, Michael Goldstein.

"When hosting the WRC in New Zealand we can be assured that high quality content will showcase our country to a huge global audience.

"We are thankful of the support from the FIA, WRC Promoter and ATEED for making this a reality."

"We are excited about returning to New Zealand which has such a storied history in rally sport. New Zealand is noted for its magnificent scenery, superb rally roads and such a strong rally community and we can't wait to bring our championship to your shores, to give our teams the chance to compete here again and to bring stunning pictures of the country to WRC fans around the world," said Ciesla.

"This is a highly anticipated global sporting event and will be a major drawcard for Aucklanders, and for visitors from New Zealand and overseas," he says.

"Kiwi racer Hayden Paddon has set the bar high for competitors, and we look forward to watching the action take place right here in Auckland.

"Alongside other major events scheduled for 2020, Rally New Zealand will help build anticipation for 2021, Auckland's blockbuster year for global events."

ATEED General Manager Destination, Steve Armitage, said: "The FIA World Rally Championship is a fantastic addition to the 2020 events calendar and will drive positive visitation to Auckland in one of our traditionally quieter seasons.

"We look forward to welcoming rally fans from across New Zealand and beyond to witness this exciting spectacle. Not only will they be able to watch some world-class motorsport they'll also have the chance to get out and explore Auckland while they're here."

The 2020 Rally New Zealand will be the event of a lifetime for New Zealand rally star Hayden Paddon and today Johnston confirmed the organisation has appointed Paddon as an ambassador for the event.

"Hayden has been a huge advocate for Rally New Zealand for many years and we're looking forward to watching him compete against the world's best in his backyard."

"Everyone at Rally New Zealand can celebrate this decision today, but tomorrow we must get down to the hard work ahead. We have fantastic backing by ATEED and the WRC but we are now looking for New Zealand companies to join us to make this iconic event a success," he said.

"Our team will also begin work on finalising both the event route and details around the service park which we hope to announce in the near future."