Patrick Stehlin-Grevel had spent years in New Zealand trying to come to grips with the English language, when he found himself needing to start over again with a new language thanks to a scholarship to play rugby in Japan. 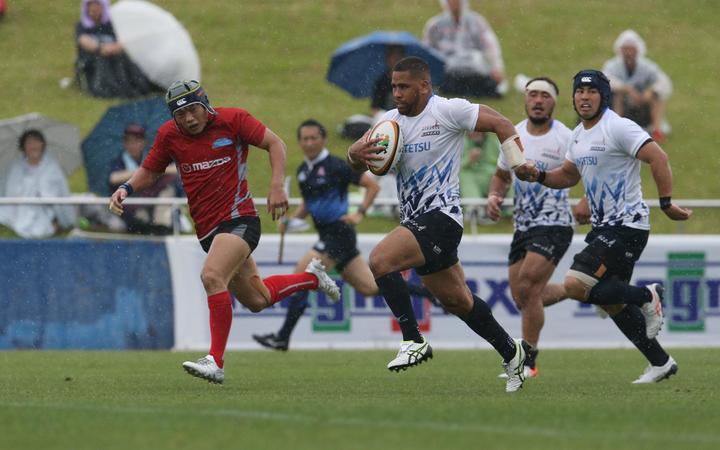 Born in Samoa, from the village of Aleisa, he moved to New Zealand when he was 10 and couldn't speak a word of English.

"I'm not afraid to say it, it was really hard. Pretty much for eight years, similar to the amount of time that I've been in Japan, I had to learn English. I had to take ESOL classes, sit down with a teacher, take extra lessons."

He was at the St Thomas of Canterbury College in Christchurch when a recruiter came to the high school looking for a center, the position he played. He turned in his footage and was picked, heading to Japan straight after high school.

"The decision to move to Japan wasn't easy. It was just me and my mum living in Christchurch at the time. Leaving my mum was pretty hard because I'm the only child."

"Money wise, it was another way to help out my mum, help out the family back home. You know, coming from a really poor family I think it was the smartest option."

Being homesick and away from his mum, and needing to learn Japanese, were the hardest adjustments Stehlin-Grevel had to make in his new country.

"I was still struggling to speak English, there's a lot of words I don't know in English. So there was that barrier, it was a big difficulty at the time." 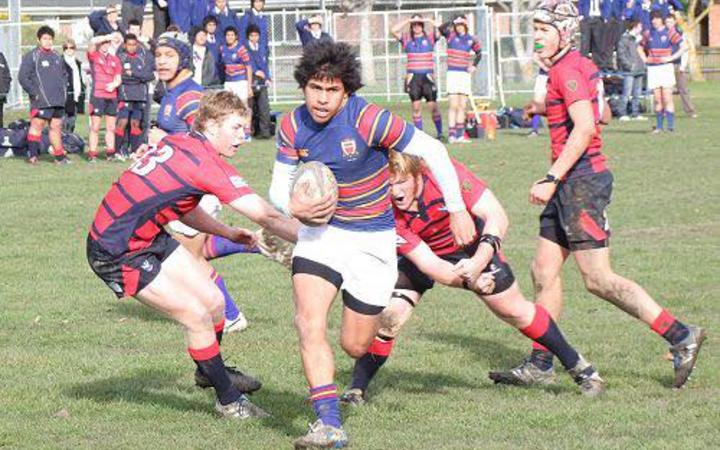 Patrick was at the St Thomas of Canterbury College in Christchurch when a recruiter came to the high school looking for a center. Photo: Supplied / Patrick Stehlin-Grevel

But he'd left for the bright lights of Japan knowing that in New Zealand there is so much more competition to make it to the top level.

"I thought I'd give myself a chance and try a different environment and take a different pathway from New Zealand."

Though the language was a struggle at first, he found adjusting to the Japanese culture was effortless.

"It's something I can relate back to my culture and I think it was a lot easier than I expected."

While the culture is very similar, he hasn't yet found a fix for the island food he misses so much.

"Fa'alifu kalo (coconut cream taro) and sapasui (chopsuey) that's one of the things you really miss, those Sunday to'ona'i."

Stehlin-Grevel has just signed another two-year contract with his current club the Kintetsu Liners. He has always wanted to play for Samoa, but played a full circuit in 2016 with the Japan Sevens squad, meaning he is no longer eligible to play for his country of birth. 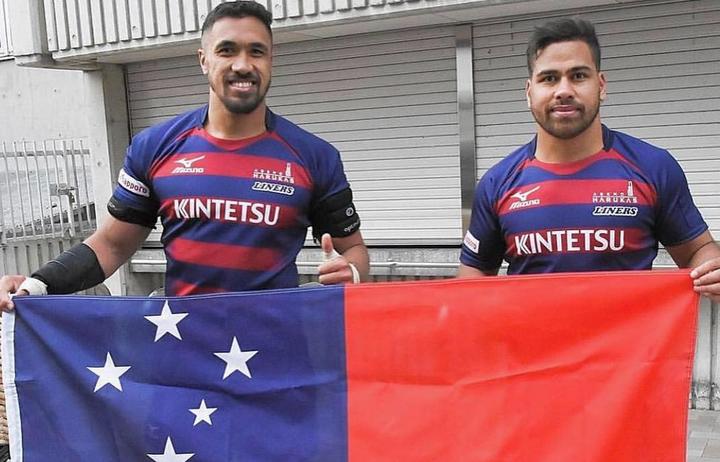 "I still support the Manu 100 percent at heart. I feel like I owe Japan with the way they looked out for me and provided for me ... I need to give back to Japan for the way they gave me the opportunity to help out my family."

He says being able to provide for his family is his leading motivation.

"That was my main goal, to buy a house back home, make sure I buy a house for my mum. Being able to put a smile on my grandma and family member's faces. It makes me really happy and you feel like you're succeeding. I've done what I dreamt of doing when I was young."

Professionally, his big goal is to one day play for the Japan 15s squad. He also has his sights set on making the Japan Sevens team for the Tokyo 2020 Olympics.

"It doesn't matter how far you go as long as you make your family happy. That's the main thing for us Islanders. That's the number one priority."