Auckland's two leading mayoral candidates have highlighted the "chalk and cheese" decision voters have ahead of them at a feisty early morning debate for some of Auckland's business community. 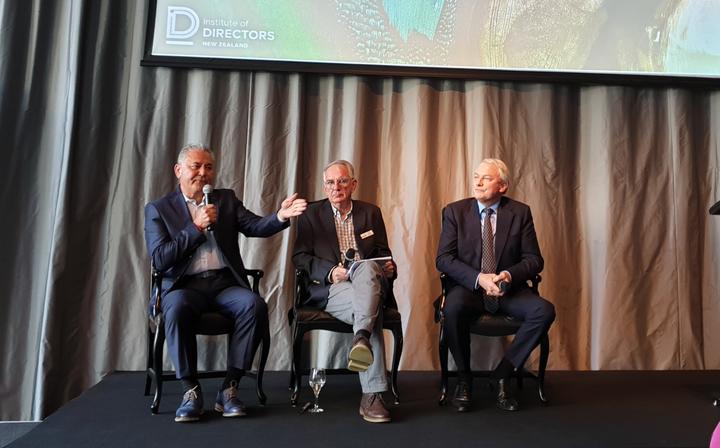 The two traded verbal blows at an Institute of Directors breakfast session, with the moderator, rugby union chairman, Brent Impey, struggling to get them to pipe down at times.

The jibes were constant but mostly short and swift as the other one spoke.

"I'm not going to sit here and just let you tell lies all the time. In terms of failure, there is no doubt he had a longer career as a politician - because he's a yes man, I'm not," Mr Tamihere said.

"If we're going to get into insults....why did you have to resign from cabinet because you didn't tell the truth about the $195,000 golden handshake you took from a charitable trust, so if you're going to get personal stand up for your own record," Mr Goff said.

Mr Impey repeatedly told the pair to be quiet before saying that kind of exchange was why no one in the room wanted to get into politics.

Mr Goff was referring to when Mr Tamihere resigned from Helen Clark's cabinet in 2004 over failing to declare the payment from Waipereira Trust.

The pair disagreed on almost everything today, with much of the focus with the business-minded audience on transport.

Mr Tamihere summed up the choice facing voters, saying "it is chalk or it's cheese" and that the gap was getting wider every day.