The Thames Coromandel District Council has been forced to clear up rubbish after visitors to some of its most popular spots over Christmas and the new year. 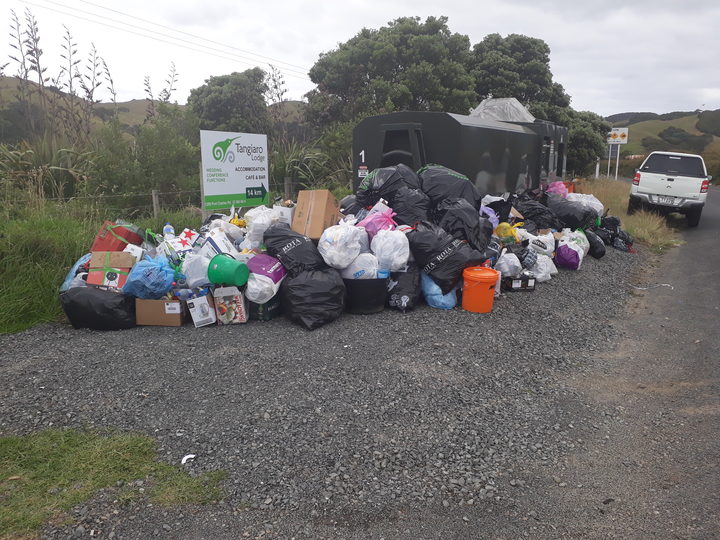 A rubbish heap beside a portable rubbish compactor which is located north of Colville. Photo: Supplied / Thames Coromandel District Council

Bags of rubbish have been left next to $2 rubbish compactors which the council said has caused a rotting smell and an unpleasant sight.

The council placed portable rubbish compactors at key locations around the district with high visitor numbers, but it said the facility was being misused.

"This is the second pile of rubbish we have had to clear in less than a week," the council's infrastructure group manager Bruce Hinson said.

"We need people to understand that they have to put the rubbish into the compactor themselves to dispose of their rubbish bags properly, and not just dump it next to the compactor."

The compactors can be moved around the district and placed at points where there are issues with rubbish disposal and take pressure off small communities that get overwhelmed by visitors.

The compactors are solar powered and coin operated.