Minister for Climate Change James Shaw says an agreement reached at COP24, the UN climate conference in Poland is not perfect, but it's a good start. 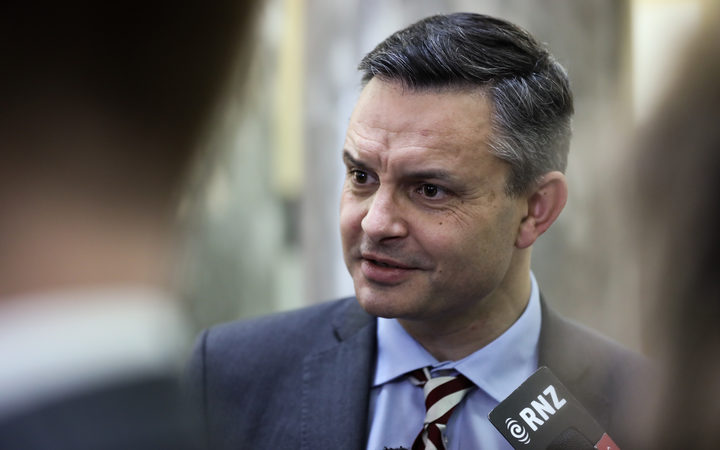 COP24 will govern countries' efforts in adhering to their commitments under the Paris Agreement.

Nearly 200 countries have agreed to a set of rules for implementing the Paris climate accord, which aims to limit global temperature rises to less than two degrees Celsius.

The agreement has been criticised by many developing countries and environmental groups for not being ambitious enough.

But Mr Shaw believes it will lead to significantly greater global action on climate change.

"This is a good agreement and it does provide a solid backbone for unlocking what has currently been a very stuck situation. And I do hope, and I think, that this does provide for the possibility of significantly greater action by countries around the world on climate change. So it's not perfect, but it's a start."

Now the Paris Agreement rules have been voted on, Mr Shaw expects momentum to build.

"It's nice in terms of the diplomacy and so on and keeping things going. But there's pretty much nothing in this agreement about the urgency and needing to ramp up the ambition and get to the peak emissions and starting to reduce them over the next decade so no, it's a bit disappointing in that regard.

"There are some new things, the so called transparency details. New rules around how governments of the world will report on what they are doing in terms of emissions reductions plus things around adaption action and a carbon finance, so the developed countries helping less developed countries with financial support for their own actions and so on."

While that was good, he didn't think it went far enough.

If the current emissions targets were the way climate change was dealt with, the world could expect to see more than three degrees of warming by the end of the century, Prof Renwick said.

"That's nearly double what the Paris Agreement is talking about achieving so it's not very wonderful in that regard. Stopping at any point is better than just letting the warming continue, because you know, it just gets worse and worse and worse.

"But you get above two degrees and you start to pretty much guarantee we will be melting large parts of Antarctica and Greenland and locking in metres and metres - probably 10 metres at least - of sea level rise and the sorts of changes in extreme fire weather and droughts and floods that we have had already with one degree of warming, you know if we got three degrees of warming, it's just hard to imagine what some of those things would be like.

"Three or more degrees of warming would be pretty catastrophic for societies globally." 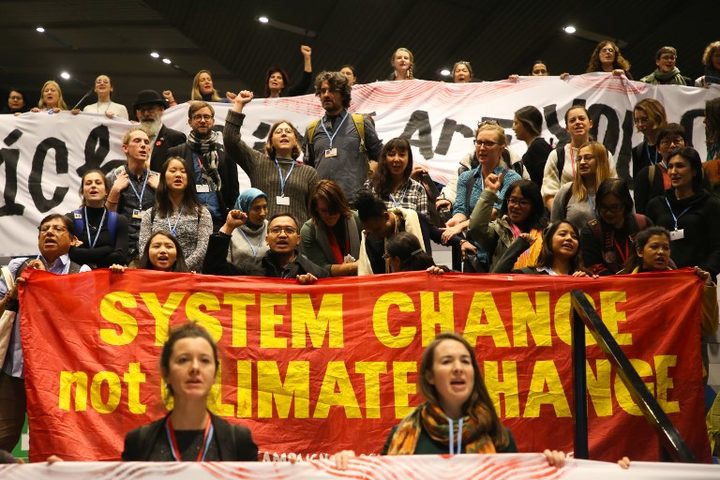 A member of New Zealand's private-sector delegation to the Polish climate talks is calling the result solid, but not spectacular.

"We got some advance on the rules to understand the pledges and how they can be monitored. I think developing countries got some greater clarity in return on finance... a solid outcome."

How successful the conference was at getting the Paris Agreement to work depended on the part of the rule book being looked at, Mr Carnegie said.

"I'd broadly broadly characterise this conference as an accountability COP... to ensure that people can be held accountable for what they say they are going to do.

"So on the transparency and mitigation part there was clearly progress and it was evident that China was working closely with the EU in terms of slightly shifting its position on being held accountable and that's not only for China but less developed countries. So you know, I think that is a clear win."

National Party leader Simon Bridges called the conference "progress" but disagreed with Mr Shaw that it was a breakthrough.

"I don't think we've ever seen a breakthrough at these things. They are just incremental progress that is good but arguably it's not enough.

"I think to have a breakthrough what we would need to see today is the United States seriously signing up to the Paris Agreement, because I think that's what's required to ensure the Chinas, the Brazils, the Russias of this world will also play ball."

"What is certainly true is what will matter now is not a rulebook, it's how the rulebook is applied on the ground."

Mr Bridges wanted New Zealand to act proportionately compared to the rest of the world.

"[It's] no good us doing everything and no-one else doing anything. That will still mean the world gets warmer and climate change takes effect."

He would bring back oil and gas exploration immediately if National returned to government.

"I see it as a much more layered, long-term commitment. We've got some time to work it through. What I want to see happen between the government and the opposition is an enduring framework, an independent climate commission that advises the government."