Emergency services were called out in central Auckland this morning when a man climbed a crane. 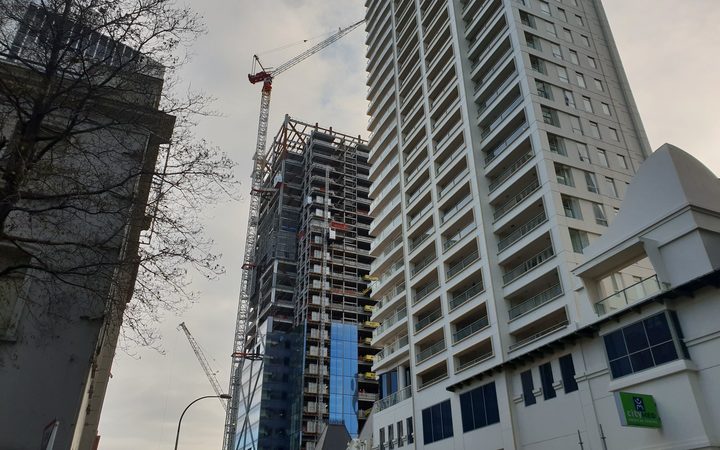 Police are speaking to a man who climbed the crane in central Auckland Photo: RNZ / Katie Scotcher

Police were told just before 6am that someone had scaled the crane on Albert Street.

The man climbed down about 6.50am and was speaking to police.