Massey University's academic board has today taken the unprecedented step of moving two censure motions against its vice chancellor over her cancellation of a Don Brash speech. 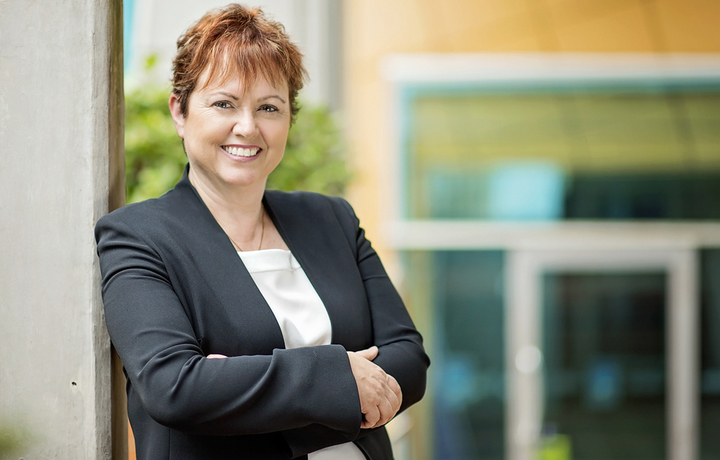 Emails between Jan Thomas and university staff released under the Official Information Act today show the vice-Chancellor saying it "would be good if we can cut it off at the pass somehow" weeks before Mr Brash was scheduled to speak at the Palmerston North campus in August.

On 10 July, Professor Thomas emailed to say she would like to know the options for banning the politics club from holding events on campus. She said the "racist behaviour of Dr Brash - given te reo is an official language of NZ and we are a tiriti-led university - can't be ignored".

Deputy pro-vice chancellor Chris Gallavin told told RNZ's The Panel that the two motions sought to censure Thomas, one for the cancellation of the Brash speech and the second for her "mishandling" of the information and her justification for the ban.

The motions were seconded - but not moved - as the chair decided she needed to seek advice on whether the board had the legal authority to pass such censures.

The motions remain live for a month, until the board's next meeting, when they will be voted upon. The board is the university's highest academic decision-making committee and answers directly to the university council.

"There is significant worry, and perhaps even distrust if not anger in the minds of many Massey University staff, that they may have been told an untruth or at very least not the whole story".

Professor Gallavin said he had never heard of a board passing a censure motion against a vice-chancellor and it would send "a strong message" to the Council about the staff's "disappointment".

"Whether she should resign really revolves around that question as to whether she still has the trust and confidence of the staff," said Professor Gallavin.

"Massey University Student Association have just issued a statement a press release saying they have no confidence in the Vice Chancellor and so that's what one of the student bodies has said and it remains to be seen what the staff say."

Dr Brash has previously said he believed it was his views, rather than safety concerns, that led to him being banned from the publicly-funded university.

Speaking from China, he said he considered Professor Thomas' position almost untenable and told RNZ that he believes she was "totally misleading".

"Quite frankly, I don't know if she can stay in her position."

National Party leader Simon Bridges said Professor Thomas had to go because she had been dishonest and tried to thwart free speech.

"That's just not good enough anywhere in New Zealand but certainly not on university campuses," he said.

"Universities for centuries have been the bastions of free speech, of being able to say controversial things. It's outrageous what's happened here with Jan Thomas and we don't want to see a trend here."

Manawatu Politics Society spokesperson Michael Curtis said he was shocked and felt misled at what appeared to be a co-ordinated plan to shut down the event.

"At the very least we'd like an apology from the Vice Chancellor. This definitely shows that there was, at a very basic level, some sort of conspiracy to shut down Don Brash right from the get-go...this was planned and co-ordinated long before the event even happened."

Mr Curtis said the club's executive team still wanted to host an event on campus with Dr Brash because free speech should be protected at universities.

"It is obviously our intention to try to bring him back to campus if we can but obviously that will be dependent on whether the Vice Chancellor and the rest of Massey will allow it to happen."

Massey University has defended its reasons for cancelling Dr Brash's speech on campus, saying concerns about the security threat were genuine.

In a written statement, the university said Professor Thomas "held concerns because of the upset that a previous visit by Hobson's Pledge representatives to campus had caused but had been prepared to let it go ahead".

It said when a security threat was raised, Professor Thomas decided to cancel the booking.

Professor Thomas could not be reached today, and the university declined all requests for interviews

The Massey University Students Association said it had no confidence in the vice chancellor.