Foreign patients seeking kidney treatment are not putting dialysis patients at risk of reduced care, the head of the National Renal Advisory Board says. 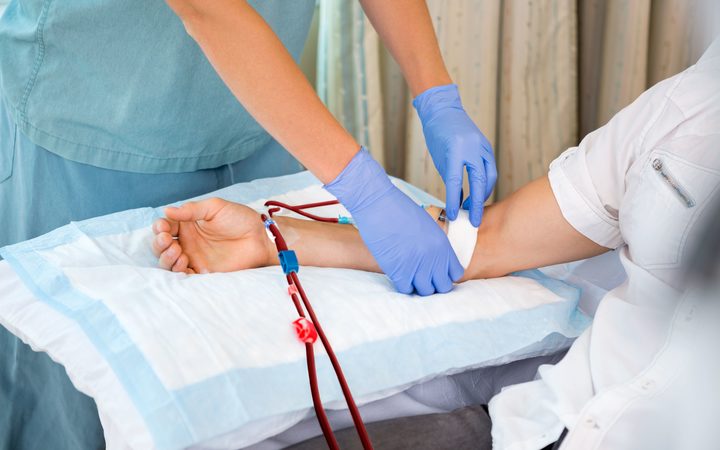 But Immigration now says that information - in a presentation by the department's chief medical officer - was based on past anecdotal evidence and there was no evidence reduced treatment was "currently happening".

It said the information was based on "anecdotal evidence from an earlier point in time".

There are 10 ineligible people receiving dialysis treatment out of around 3000 patients, said National Renal Advisory Board chair Ian Dittmer.

That was not enough ineligible people to put any pressure on the system, he said.

"That fraction is quite small, so most of the renal services around the country can cope with that small number of ineligible patients without affecting the services we would be able to provide to resident New Zealand patients," Dr Dittmer said.

Patients should be reassured that their care is not at risk, he said.

"At the moment it's certainly not an issue."

"But there could be a situation where a larger number of patients presented acutely and that might stretch services but, at the moment, it's not an issue," he said.

Dr Dittmer said he met with each of the DHBs last week and no issue of that nature was raised.

If people became acutely unwell, they would be given treatment, he said.

"That would happen a few times a year for some of the bigger Auckland and Wellington DHBs."

Care is given to those patients to stabilise them and, in some cases, they are able to return to their country for further treatment.

"There are some people where there are no dialysis services provided and they would be able to remain in New Zealand."