Increasingly inventive concealment methods used by drug smugglers are causing a headache for the government' research and testing institute.

The amount of methamphetamine precursor ingredients seized by police and Customs dropped from 874kg in 2008 to 576kg in 2017.

However, the amount of finished methamphetamine the agencies uncovered increased 20-fold over the same decade, from 19kg to 404kg.

ESR carries out about 1500 tests annually to identify substances for police and Customs.

Forensic chemistry manager Kevan Walsh said although the institute was conducting the same number of tests as always, they were becoming increasingly complicated.

"One case that was prominent was a large shipment of methamphetamine in lava lamps - it was dissolved within the liquid within the lamps," he said.

Staff had also seen cases of meth melted into candle wax - including last June, when almost 5kg of the drug was found concealed that way in a shipment from Canada.

"So we then have to figure out how to extract it in order to analyse the substance," Mr Walsh said. 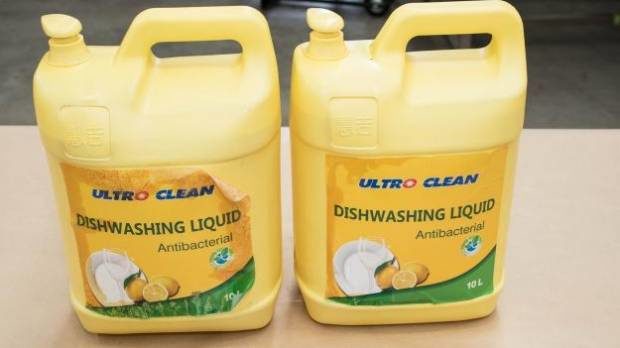 The introduction of T-boc to meth had also created challenges.

T-boc is a masking agent, which is added to methamphetamine to change its chemical composition during transportation.

It can then be converted back to the class A drug.

Last year a large shipment of dishwashing liquid containers that held T-boc meth, with a street value of $120 million, was seized by Customs.

"It's actually getting a lot harder for us to extract the substance from whatever it's hidden in and or identifying it," Mr Walsh said.

That was limited by ESR's staffing and resourcing, he said.

"Each of the more complicated cases obviously takes more time, so we are becoming stretched."

"The concealments we see, the complexity of them, is always changing.

"We are always looking to refine our methods, we have processes in place in target all imports of illicit drugs, our officers are well-trained, and it always amazes me the types of concealments they find."