The tragic death of a French exchange student will be honoured when French and New Zealand friends meet for a game of rugby. 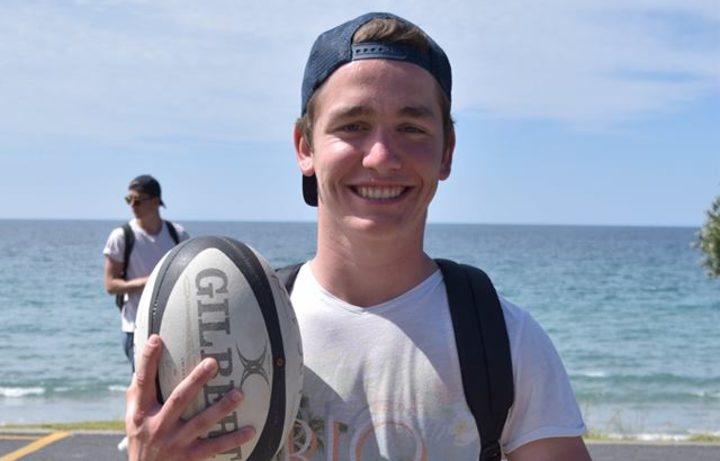 Peyo Crus came to New Zealand on a year-long exchange, a country he had chosen for its love of his favourite sport.

However, halfway through his time in Auckland's Long Bay College, on 8 January 2017, he was killed when the car he was in crashed into a tree.

The driver, Kobus Alberts, had been drinking and was later sentenced to home detention.

More than a year on a small tree overlooks the college's rugby field. 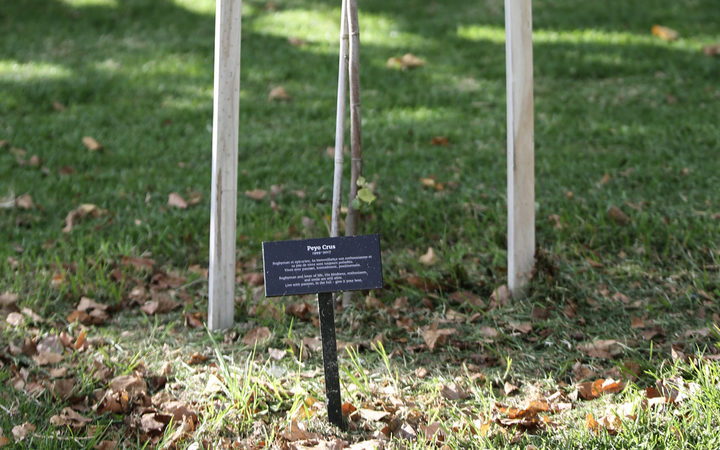 On game days the college's First XV team can be seen huddling in front, a sign of respect for a young man lost.

Later this month a matching tree will be planted in Chaumont, when his former Long Bay College teammates and French team mates meet for the first Peyo's Cup. 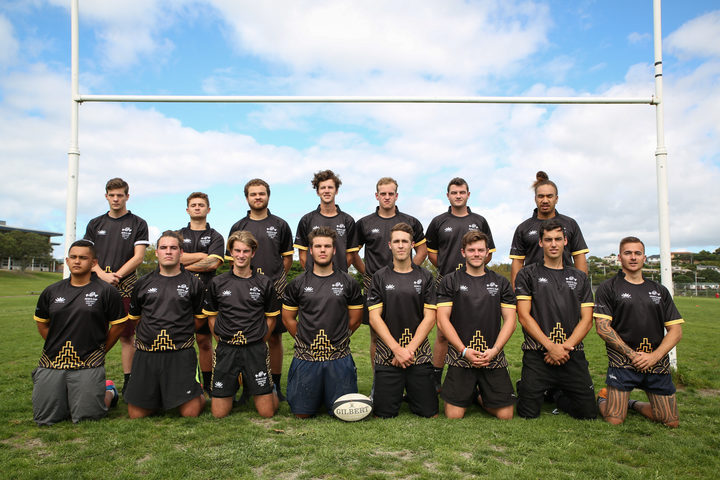 Some of the side going to France. Photo: RNZ / Tom Furley

Peyo's father Olivier Crus, a mad rugby fan himself, has spent the last year fundraising for the idea - selling Live Like Peyo rugby balls, and gathering support and signatures from big names including Dan Carter, and both the New Zealand Prime Minister and French President.

"We are succeeding in transforming this sad story [into] something positive.

"We want this to be a happy moment, just to share the passion of rugby and allow all these friends to be in contact one day." 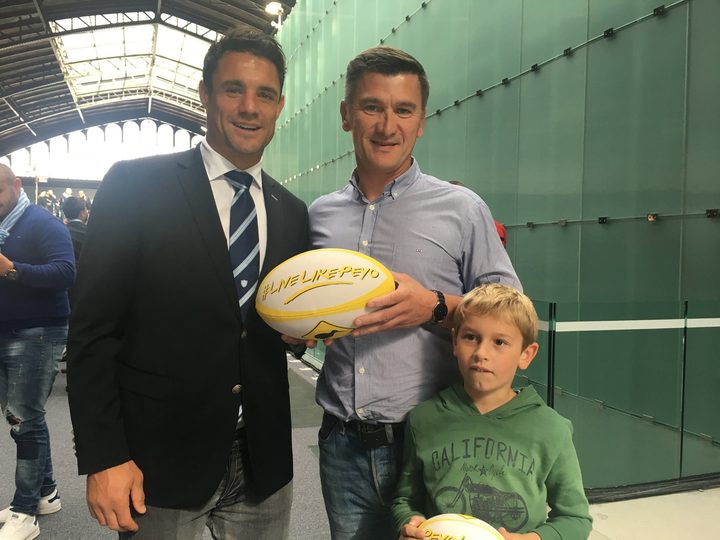 Mr Crus said it was one of his son's wishes for his New Zealand friends to visit his old stomping ground.

Craig Thomason coached Peyo in the school's first XV and is organising and coaching the New Zealand side. 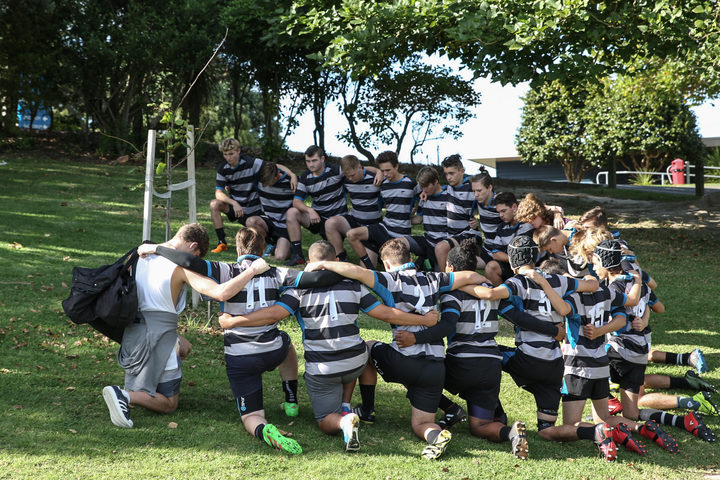 Mr Thomason said for the trip to have come together meant a "hell of a lot".

"I don't think there's ever been a commemorative one-off game where it's not raising funds for someone's family or anything. It's just a one-off game by guys who are going over there to pay their respects to a fellow player through rugby.

Shirts have been especially designed by Mr Thomason's son Ben, who also trained Peyo during his time here.

He has also created a commemorative haka which the team will perform at the game on the 28th.

"The sport here is the language between the two countries, I think that's why it's such a great thing to be a part of. He didn't really speak much English but the one thing we always had in common was the game we played." 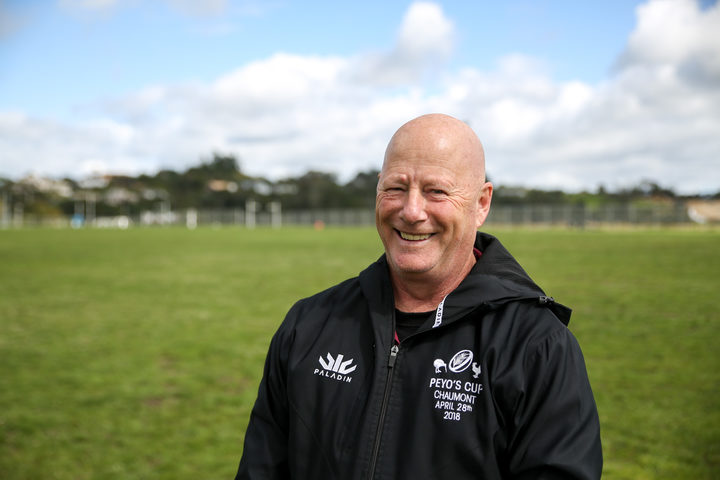 Rhys Menzies will run out onto the field with more painful memories than most in the team.

As well as a teammate of Peyo, he was in the car that fateful night, escaping with only a few bumps and bruises.

"It was a big shock ... it was pretty hard because Me and Peyo we really hit it off.

"We were pretty close when he was here. We went to New Years together, we'd just got back from a trip the day before." 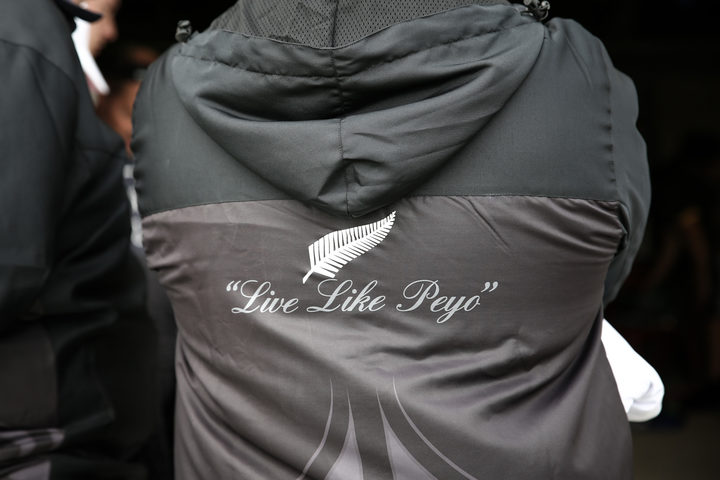 He said it was amazing how Mr Crus had brought everyone together.

"Just to see where Peyo is from and unite with all his friends and family and get to know them will be really good. It'll be good for all the boys too."