One of the country's biggest marine manufacturers says its future in New Zealand could be in doubt if a waterfront site it uses is lost to accommodate an America's Cup Village in Auckland. 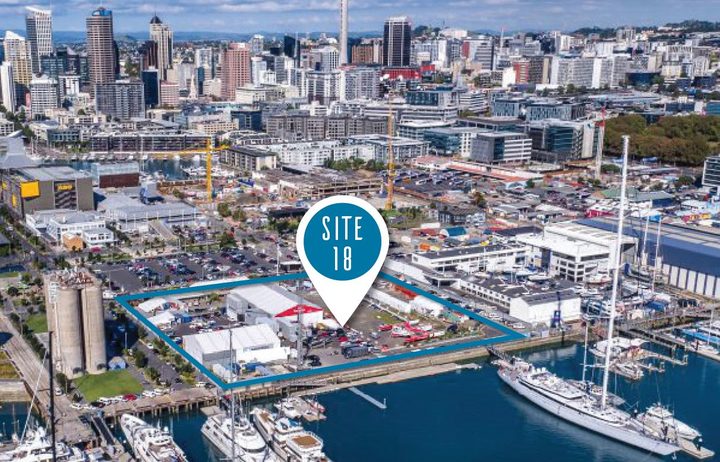 Southern Spars employs more than 300 people, but the site it uses to service superyachts has been suggested as an America's Cup team base.

The so-called Site 18 had been rejected last year by Auckland officials, partly because of its value to the marine industry, but it appears in informal proposals from property company Viaduct Harbour Holdings.

Southern Spars said its Avondale factory supplied 85 percent of the world's masts for superyachts, and has half the market for large racing yacht masts.

"We build masts and we need to put them into boats - that's a big part of what Site 18 is to us," he told RNZ.

"Without it, whether we'd be able to stay in New Zealand, I'm not sure."

The site is adjacent to the yard of another major marine firm, Orams, and both said about 1000 jobs depended on work that is carried out there.

RNZ understands Site 18 is still not being considered as a location for bases. However, a long history of uncertainty over sites for the cup village has left the industry anxious as work continues behind the scenes.

Spending by visiting Superyachts is the largest single economic contributor from hosting the America's Cup, a report commissioned by the government says, worth an estimated $59.3 million to $175m.

That compares with $50.9 million to $101.8 million contributed by teams, including the defender Team New Zealand.

The report said there would also be ongoing medium-term benefits to the marine industry, not calculated in the Cup impacts.

Mr Hauser said the ability to have masts removed and serviced at Site 18 will influence how many superyachts visit Auckland.

"They are not going to come from the Mediterranean to New Zealand and back again - that's a trip around the world - if they can't get their masts out in New Zealand to get them checked," he said.

"They are just not going to do those sorts of miles without a good service and a good check."

Mr Hauser said he was not yet feeling confident that Site 18 would remain secure in the America's Cup process.

"I get the impression the marine industry is not being listened to at all," he said. "It feels like [people think] we're full of big wealthy superyachts and that we'll survive but that's far from true," he told RNZ.

"The marine industry has shrunk drastically and there's not many of us left."

Planning submissions on an agreement reached in December between the Council and Team New Zealand have been extended to mid-March which has become a new target for three-way agreement including the government.