A special memorial was unveiled in Tangiwai in the central North Island yesterday to honour two railwaymen who died trying to reduce the scale of New Zealand's worst ever railway disaster. 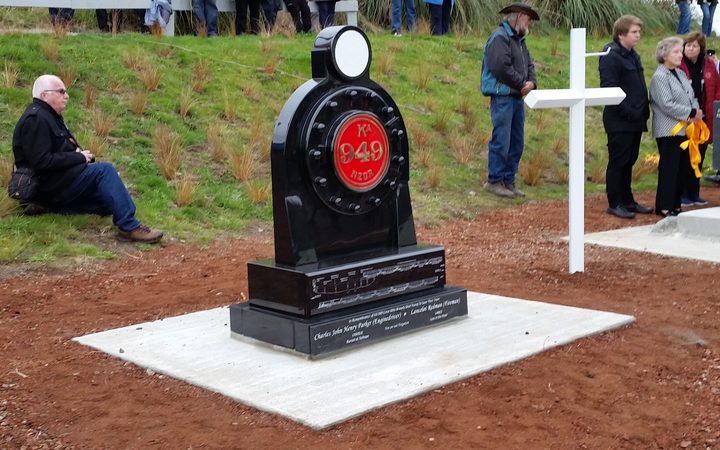 But another 134 people who might otherwise have perished survived, because of the actions of two men in the drivers' cabin.

Around 500 people turned up at Tangiwai yesterday for the official unveiling of a memorial in their honour.

They were welcomed onto the site by Ngāti Rangi, and then heard a series of tributes to the bravery of these men.

The accident happened 64 years ago when the crater lake on Mt Ruapehu collapsed, and around 2 million cubic metres of water surged downstream, collecting rocks, silt, trees, ice and other debris along the way. 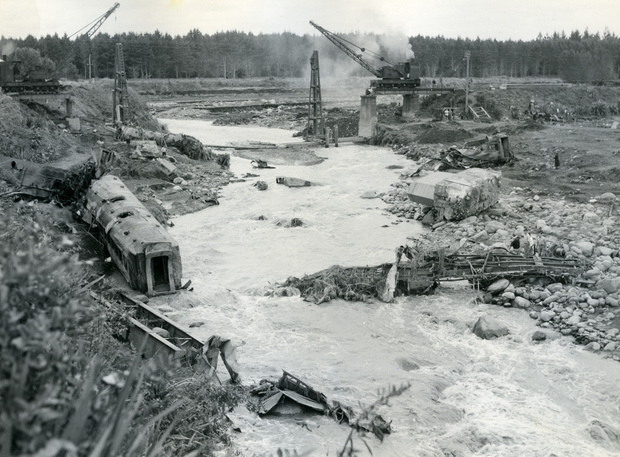 It then shattered the Tangiwai Bridge across the Whangaehu River, just before the train arrived.

Minutes after the lahar hit, the Wellington to Auckland express thundered towards the damaged bridge.

The crew were alerted to the disaster by a man beside the track desperately swinging a torch.

She said her grandfather battled to try to halt the train, and was partly successful.

"They applied the brakes so the wheels were not going so fast and at the same time the fireman was applying sand to the rails to create lots of friction," she said.

"This meant the train was not going as fast as it otherwise would and three carriages and the guards van survived." 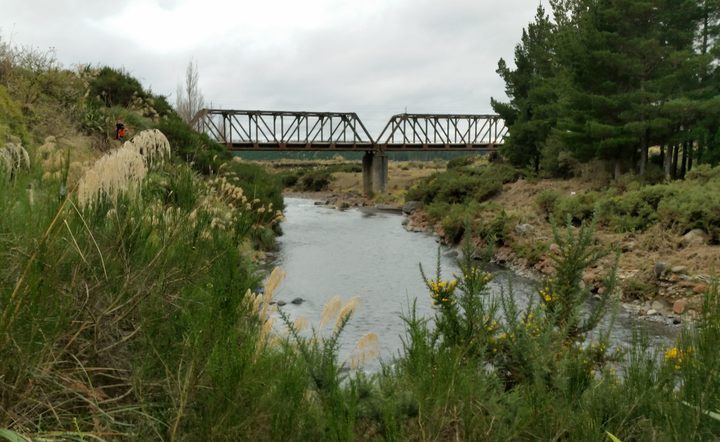 The current rail bridge at Tangiwai with a deceptively calm Whangaehu stream running under it. Photo: RNZ / Eric Frykberg

Lance Redman was the fireman shovelling sand, and he also died in the accident.

His daughter, Beryl Donovan, also attended yesterday's commemoration, and she too paid tribute to her father.

"Whatever he did was a pretty brave effort, wasn't it," she said.

"I was six when Dad died, Mum did not talk much about it, it was too hard, too raw for her. 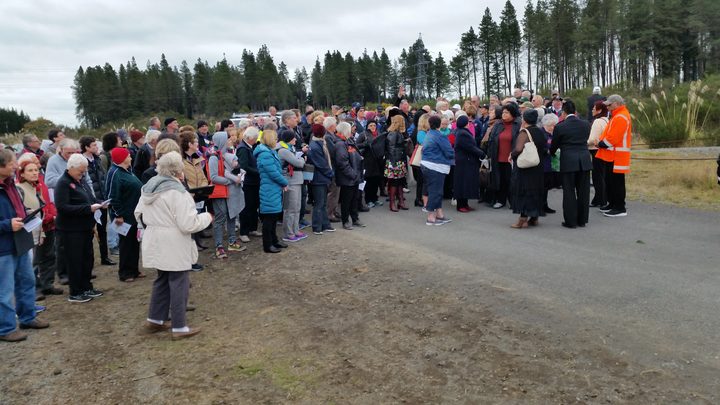 Some of the 500 people who attended the memorial. Photo: RNZ / Eric Frykberg

The accident happened when the Queen was visiting New Zealand with the Duke of Edinburgh and she paid deep tribute to the suffering it caused.

The memorial set up has the two men's names on the bottom and the train number mounted on a replica of the front of a steam engine from that time.

The commemoration included a tribute from the general secretary of the Rail and Maritime Transport Union Wayne Butson, which was followed by prayers and a long, single blast on the whistle team train, as a special tribute to the pair.