Central New Zealand has been shaken by another strong aftershock this afternoon, with a magnitude 5.5 quake hitting near Seddon, followed soon afterwards by a 4.7 aftershock. 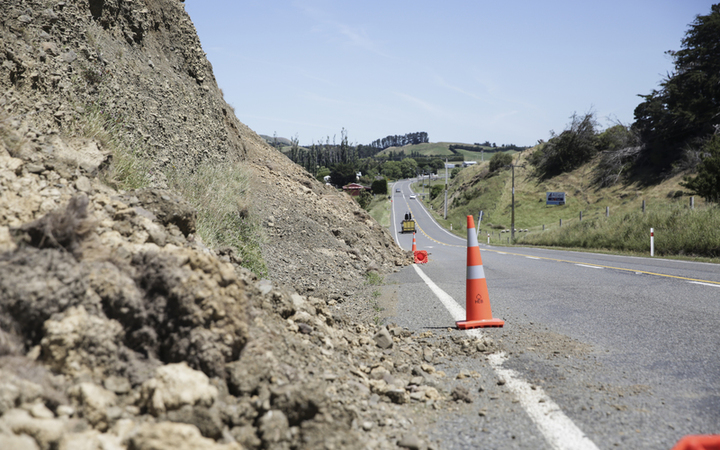 Today's earthquake struck near Seddon, which is still dealing with the effects of the 7.8-magnitude quake in November. Photo: RNZ / Rebekah Parsons-King;

The earthquake was centred 35 kilometres east of Seddon, at a depth of 17km.

It struck at 3.34pm, according to GeoNet.

St John said it did not have any calls to its main clinical control centre in Christchurch, and no reports of injuries or damage.

GeoNet has rated the intensity of today's earthquake as 'severe'.

It was followed by a 'strong' 4.7-magnitude quake in the same area at 4pm. GeoNet said it was centred in the same spot as the previous shock, at a depth of 15km.

The area has been hit by hundreds of aftershocks in the wake of the 7.8-magnitude quake that struck in November.

A farmer in Ward, Tom Loe, described the initial quake today as long and rolling.

He said it gave him plenty of time to get to his young children, to check if they were all right.

Mr Loe said they were getting to the stage where they could pick the size of the quakes, and knew how they needed to respond.

Kiwirail said all of its trains in the Wellington region momentarily stopped after the quake, but quickly resumed. 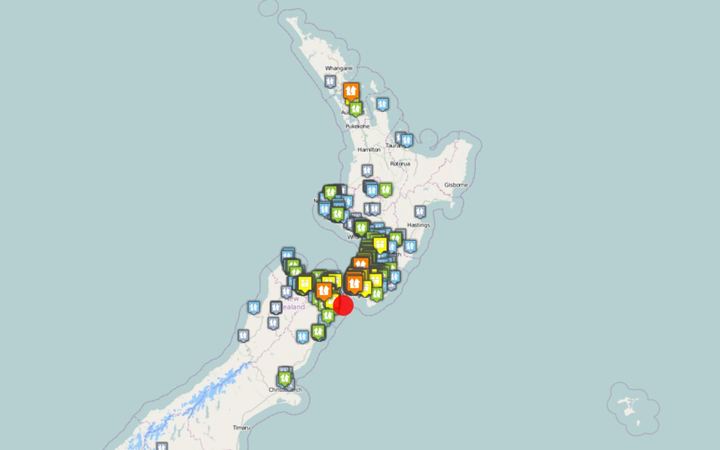 Thousands of people, most in the middle of the country, reported feeling the earthquake on Geonet. Photo: Geonet

Holy moly that was a big shake! People were under desks at work. Guess it's a reminder that it's not over... #eqnz

You'd think we'd be used to all this shaking by now, but I'm not going to lie, my heart still jumps a little every time #eqnz

At a prominent Newtown cafe when that last #EQNZ shook. One slightly panicky waiter says, “What do we do?” “Go outside” says another.

We were in Newtown, New World, and the isles shook quite heavily - scary stuff! #eqnz