New Zealand has launched an anti-dumping investigation into Chinese steel. 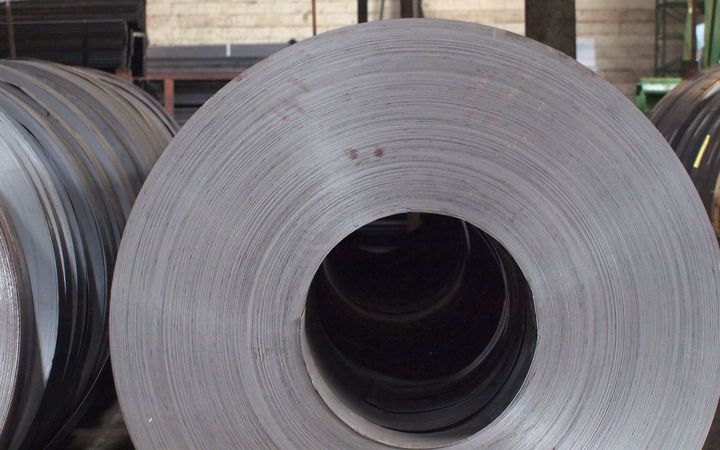 The New Zealand government is investigating whether China has been subsidising galvanised steel coil. Photo: 123rf.com

China is calling it discrimination and said it would hamper trade with New Zealand.

The Ministry of Business, Innovation and Employment (MBIE) said evidence provided by industry sources in New Zealand justified an investigation into whether China was subsidising galvanised steel coil.

The practice of 'dumping', or selling surplus goods below cost, is illegal under most trade agreements.

Local companies have claimed steel dumping was happening in New Zealand, and could have a drastic impact on the domestic industry.

Australian-owned New Zealand Steel applied on 26 September for the Ministry to impose duties on the imports that would offset the subsidies, claiming the subsidised products had damaged its business for several years.

The company's complaint that it was subsidised relied on investigations in other countries, which found China was dumping steel.

MBIE said there was sufficient evidence to show imports of the subsidised galvanised steel coil from China had been undercutting NZ Steel's prices and depressing prices.

But it said there was not enough evidence to show a rise in Chinese imports of this product, or that NZ Steel had lost market share.

Comment from the media and law firms had been used as the basis of a "wild guess" that the country was dumping steel in New Zealand, the Chinese government said in its submissions to an MBIE report initiating the investigation.

"It recites and repeats old or irrelevant information; the injury information is feeble," Beijing said in its submission.

It said findings in Australia and the United States that were cited did not apply, as these had different regimes.

It said the complaint noted imports increased sharply in 2015, but Beijing said other countries doubled their exports to New Zealand, while China's stayed the same at 4000 tonnes, worth $US3.2 million.

Chinese media also quoted Wang Hejun, the head of the trade remedy investigation department with the ministry, as saying protectionism was not the answer for New Zealand's steel industry and would only deal a further blow to international trade.

He said that for New Zealand to investigate such a small amount of Chinese products while ignoring imports from other sources was discrimination.

But the New Zealand government is playing down China's suggestion trade will be harmed.

"This is a technical issue and I understand [the Ministry of Foreign Affairs] has had dialogue with Chinese officials over this. And I think it is important to remember that we have a large amount of trade with China and occasionally issues at the border can occur."

Ms Dean sidestepped the question of what the government would do to ensure the new steel inquiry did not harm trade.

"That is a different issue. This investigation is a standalone issue. There will be consultation with the Chinese government and after that time I will be in a position to make a determination."

Earlier in the year New Zealand's Ministry of Foreign Affairs and Trade investigated claims that industry players in China had warned the kiwifruit exporter Zespri of possible trade retaliation over claims of steel dumping.

In August all kiwifruit exports to China were put on hold for weeks after a fungus was found in a shipment, but Zespri said this had nothing to do with the steel dispute.

A parliamentary select committee has been considering a Bill to allow the Commerce Minister to override anti-dumping rules when it is considered to be in the public interest.

MBIE has 180 days to complete its investigation, plus the holiday period.

The US has also introduced high tariffs on some Chinese steel.