OPINION: Welcome to New Zealand. Please don't crap by our lakes, do anything to drive up Auckland property prices, and if you get behind a wheel, for God's sake stay on the left and don't drive like us.

Oh, and if you're thinking of staying on longer, please sign here to say you'll bloody well think like the rest of us - or else… 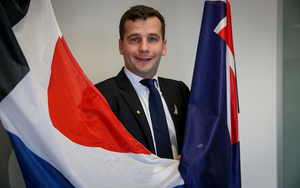 I can't have been the only one who found it sadly amusing to hear ACT's David Seymour on Morning Report this week calling for refugees to be required to sign some sort of "New Zealand values" statement before they're allowed to settle here.

Sadly amusing, but also immensely ironic. His, after all, is a political party whose only observable "values" I'd politely sum up as enlightened self-interest for very rich people, a voting group so small that in the most recent of RNZ's Poll of Polls they are - you guessed it - the literal 1 percent.

Of course irony was only piled upon irony when Winston Peters, a man whose values I'd politely describe as enlightened self-interest for everyone named Winston Peters, later admonished Seymour for stealing the "idea" from New Zealand First, who presumably had previously stolen it from Australia, where having immigrants and refugees sign a "values" statement is already required. Such a lovely, lucky country, Australia.

But what are we becoming when members of our Parliament are now calling for us to be like them?

We used to be a place where the first thing we said to people arriving here, usually as they exited the airport terminal, was "what do you think of New Zealand so far?" Seymour and co. would make us the sort of country where people who have often been through unspeakable hell before coming here - the paltry 750 refugees we take each year (now rising to a slightly less paltry 1000 in 2018) - are asked "do you think like us?"

And what is it we're thinking? Seymour's suggestions for our "values" were vague - and vaguely arguable: freedom of speech (but not on the side of camper vans!), that men and women "should be treated equally" (just not necessarily when it comes to pay apparently!) and that we respect different sexualities, but remain mystified by the fact there has never been an openly gay All Black. 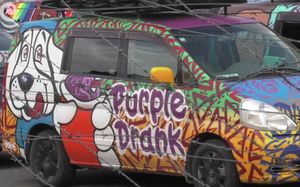 We have freedom of speech, except when it comes to camper vans. Photo: RNZ / YouTube

But whatever the so-called values, surely such a thing as a signed statement is unworkable. For a start, how is it to be enforced and who would enforce it? And what do we do if the "values" are breached? Send them back to hell?

Do we put refugees on a plane and send them back to hell if our values are breached? Photo: RNZ / Alexander Robertson

And besides, what's to stop someone signing the damn thing whether they agree with the "values" or not? How many of us haven't, at some point, told people what they want to hear just to get them to shut the hell up - or to get, say, a job? A couple of years ago an Auckland private investigator claimed 80 percent of CVs his firm was called in to check turn out to be false in some way.

In fact the only thing a New Zealand values statement will really test is the ability of people to sign their name on a form.

However the biggest danger of Seymour's silly "idea" is it may turn this country into Fawlty Towers and us into a bunch of Basil Fawltys strutting around bellowing "This is typical. Absolutely typical... of the kind of… arse I have to put up with from you people… I've had enough. I've had it. Come on, pack your bags and get out."

Is that what we want? Let me be the first to say: yeah, nah.