When Jackson Smith saw what he thought was a body floating face down off Piha beach he feared the worst. 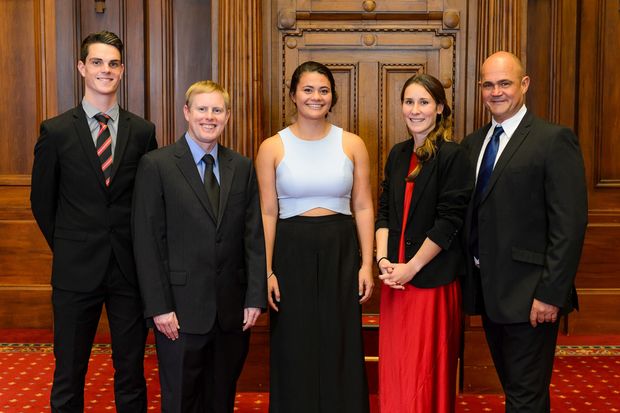 "I grabbed her and tried to bring her head out of the water, I got her to the beach where she was still unconscious and started CPR."

The girl was a 19-year-old who had been caught by fierce winds and strong waves in November last year.

Mr Smith, who was 18 and a surf life saver at the time, was at the beach hanging out with his mates, but when the girl's sister emerged from the water crying for help, he did not hesitate.

"There was a huge rip that I felt when I initially went in and I thought there's no way I could swim in this, so I had to come out and kind of go around it," he said.

"Something took over and I just started swimming out. I'm not usually the strongest swimmer but I saw her out there and knew I had to do something."

He and another good samaritan gave the girl CPR for about ten minutes on the beach before she was whisked to hospital.

She was in a coma for two weeks, and despite doctors fearing she would either not wake up or suffer immense brain damage, she made a full recovery.

Jackson Smith was among those recognised for saving lives during daring feats of rescue at the annual Search and Rescue Council Awards in Parliament last night.

They were a team of search and rescuers, who over six hours in September tracked down two stranded trampers who were hypothermic and in dire need of rescue from Nelson Lakes National Park. 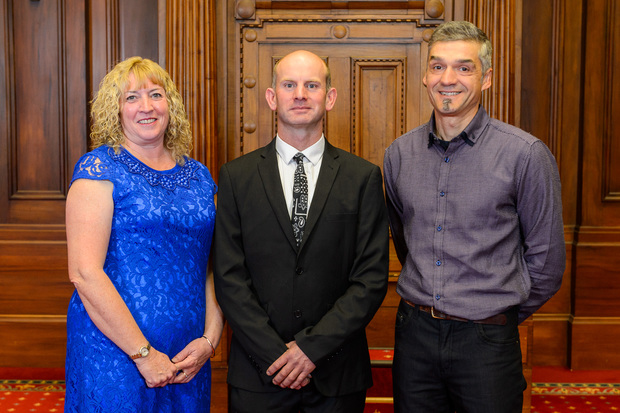 A volunteer, he had just sat down for dinner when he got the call.

"The walk was in the middle of the night in wet, rainy weather and very dark and once we got up there we were walking in knee-deep snow," said Mr Walker.

They found the Irish woman and Latvian man and kept them warm before they were airlifted to hospital the next morning.

"It's really great to get this award because it shows what we do is very appreciated," said Mr Walker.

Later that month, two kayakers died after getting caught out by freak winds on Lake Tekapo.

Clinton Miles flew the helicopter which helped rescue nine others in the group.

"It wasn't just the helicopter, but the coastguard, the fire brigade, local search and rescue and local people who responded," he said.

"Anyone would have done the same thing - when the call comes through you've just got to do what you've got to do."

Also honoured last night were Delanie Halton, who has helped fund and develop technology to help people who wander off from rest homes, and Emma Milburn and her dog, Dart, who searched for a missing 79-year-old man near Balclutha for three long days in July.