A Christchurch doctor says she sees at least one patient every day suffering side effects from dodgy hormone treatments. 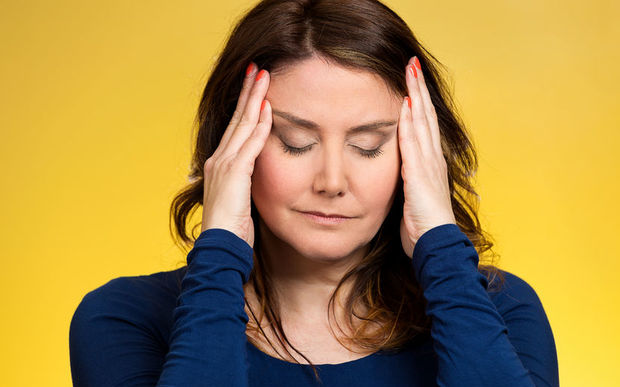 Dr Fenton said she saw worrying side effects in as many as one patient per day who had taken the hormones. Photo: 123rf

Dr Anna Fenton, the New Zealand's representative to the Australasian Menopause Society and co-editor in chief of the journal of the International Menopause Society, specialises in women's health, but said many doctors are seeing the same trend.

"It's a widespread concern right throughout general practice," she told Radio New Zealand's Nine to Noon.

So called 'natural', 'bio-identical' treatments have been popularised by celebrity endorsements, by the likes of Oprah Winfrey and Suzanne Somers, but a lack of regulation of the treatments are making many women sick, said Dr Fenton.

In a best-case scenario, they simply don't work - but some treatments, which are not regulated under Medsafe, can cause serious side effects, she said.

"[In some instances, we see] women being prescribed a very active hormone compound... which is not being balanced appropriately with enough of another hormone to keep her safe."

She said that these compounds, which are generally used as a cream rubbed into skin, had been linked to cases of uterine cancer in Australia.

And even if they don't cause cancer, they can have worrying, and sometimes permanent, side effects. Women who use testosterone cream to improve their libido can have very high levels of the male hormone, with damaging results.

"We see women turning up with acne, hair loss, bald spots - most worryingly, as it's permanent, are changes to their voice."

Because bio-identical hormones come under the herbal medical umbrella, they are not subject to the rigorous drug testing other medicines are, even though they use the same hormones.

"They don't have to prove the claims that they make or their quality control," said Dr Fenton.

"I actually believe they should come under the same banner as the commercial products. The manufacturers should be compelled to back up their claims. I think Pharmac and Medsafe need to have some oversight here."

What's more, the label on the pot doesn't always correlate with what's inside, Dr Fenton said: she had seen cases of women with a history of breast cancer using bio-identical hormones labelled as progesterone that had actually been contaminated with estrogen, with worrying results.

But it isn't hard to see how that could happen: "They are made in a very different way to pharmaceutical grade products - in that with their process, the laboratories haven't had stringent hygiene measures that have excluded the bacteria or fungi that can get into those products."

Dr Fenton said the advertising, which often promotes the products as 'natural', was often misleading.

"Natural carries with it an assumption that the products are safe and free of side-effects. That is not the case."