It might echo the plotline of the dark crime drama Breaking Bad, but meth clean-up companies say P labs are increasingly operating on New Zealand roads.

Fully functional meth labs are being set up in the back of cars and vans, they say. 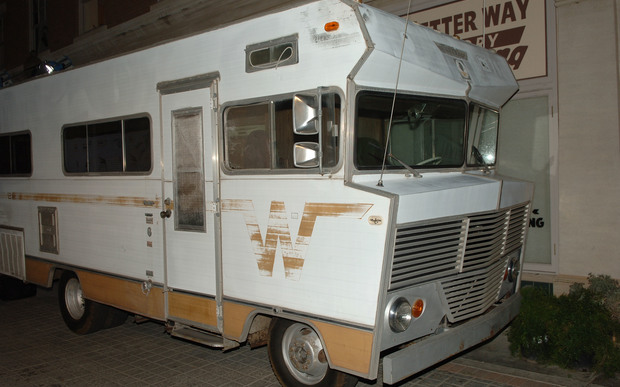 One was even set up in the boot of an old police car.

Contaminated Site Solutions has been operating for more than 10 years and its director, Victor Boyd, said he saw a range of vehicles come in for testing.

"A whole range - campervans, trailers, hired vehicles, stolen vehicles, across the board - these guys don't care what they put it in really," he said.

Mr Boyd said a police crackdown on the manufacture of the drug, and the hefty sentences handed out to those caught, had led to drug makers taking their labs out of houses.

"What these guys used to do is they had everything in the one property so when the police raided it, they lost everything.

"So now what they tend to do is they'll store one thing at one property, mix it somewhere else and cook it somewhere else so if one area gets busted then they only use one link in the chain and not the whole chain," he said.

He said there has been quite a few cases in Waikato where cars have been found with meth labs in them.

He said the majority of the labs involved stolen vehicles and some type of cylinder used to cook the drug.

"They pop up anywhere, everywhere, there's new technology now which means people can actually drive around and have a bottle in the back, it's called 'Shake and Bake', and they can manufacture a little bit of meth by that, and that can explode.

"There has been cases overseas where that's happened."

Mr Sheppard said some of the cars included fully functional meth labs, while others carried the chemicals and equipment separately and drove to a property or remote location to make the drug.

Miles Stratford, director of MethSolutions, said mobile meth labs made it harder for authorities to find the drug makers.

Mr Stratford said car and property buyers needed to be more aware there was a potential risk of buying something that once housed a meth lab.

"Property inspections are typically on a three month inspection cycle and that's a lot of days in which a mobile laboratory can turn up, set up, manufacture for a few days, go back to be broken down and stored again before it goes to the next place.

"So it makes it very hard for police to track them down and it's also a way in which people with a meth habit who rent a house can get their hands on methamphetamine."

But Mr Sheppard said it was up to police to ensure that does not happen, by following America's lead.

"When there's an active or non-active lab in a car in the United States, the car is crushed."