A Nelson investment adviser has been jailed for six years and nine months after being found guilty of defrauding his clients. 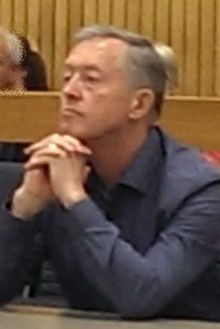 Anthony Mount was arrested in 2010 while in charge of his investment advisory firm in Nelson.

In October this year, he was found guilty of 74 charges of defrauding his clients of more than $500,000.

During sentencing at Nelson District Court today, Judge Arthur Tompkins said Mount was a stranger to honesty and showed a premeditated and gross breach of trust against his clients in his efforts to fund a lavish lifestyle.

"The effect on the victims has been significant - it will continue to be so. Many of the complainants entrusted what amounted to their life savings to Mr Mount. He took them on trust. He betrayed that trust."

Outside court, Mercia Hoskin estimated that she lost about $130,000 through her dealings with Mount.

"I had two sons come with me because I wanted them to meet this guy because - as a lot of us say - I didn't understand investments that well, but my late husband did. And coming out after meeting Tony Mount, my eldest just looked at me and said, 'Mum he is a liar - get out.'"

Last week, Mount and his wife failed to overturn a $4 million High Court judgement against them in a civil case brought by 20 of their former clients for acting dishonestly.

Mount continues to maintain his innocence and says he is appealing his conviction.