When Colin Anderson lost his hearing eight years ago, he thought he would never hear the voices of his family again. 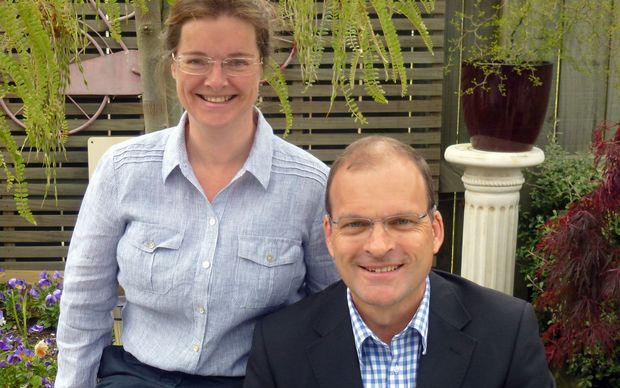 Mr Anderson said his hearing loss was not sudden, but frighteningly rapid, a few months after a routine operation.

He said he remembered the moment he first started losing it.

"I was boarding a plane, I phoned my wife Carmen and said, I'm crashing, something is going wrong with my hearing," he said.

Within three months, he was completely deaf, and unable to communicate properly with his family.

"Communication was very limited, and we wrote lots of notes, but you can't laugh like that," he said.

"My wife never stopped believing [I could get my hearing back], but I most often did. when I couldn't hear my voice.

"I would be the first person to give up the hope that I had of hearing again, hearing my family, my children."

He said he did have one close friend who came to visit him every week.

"He still visits me, and I learned to lip read from him, and we shared many notepads and pens," he said.

"He believed in me all the way, and so, friendships keep people going."

In March this year, Mr Anderson was implanted with the MED-EL Auditory Brainstem Implant (ABI), making him the first person to undergo the procedure in New Zealand.

The implant was suitable for patients whose auditory nerves had been irreversibly damaged.

It bypassed both the inner ear and the auditory nerve, stimulating the cochlea nucleus of the brainstem, and provided users with a variety of hearing sensations.

Mr Anderson said he vividly remembered the moment he could hear sound again.

"The most poignant thing was when the first electrode was tested and it came through so so clear, I won't forget that," he said.

"Like if I could describe one note of flute, that's how clear it was."

He said then he heard the voices he thought he would never hear again.

"I could hear all these voices - maybe five, and everybody had a different accent, and somehow I could hear these people, as they just talked, not all talking to me, but as they talked, and it was just wonderful," he said.

Mr Anderson said he could also tell they were coming from different places in the room.

He said it was a special moment when he heard his children's voices had changed, and that his son's had broken.

"When I first heard my children earlier this year their voices did not match the memories I had of them 6-7 years ago.

"With complete and sudden deafness came an almost rudimentary sort (of communication) - (one of) pen and paper and learning to speech read, but how to communicate what we really meant from our hearts."

He said it was life-changing being able to hear again, to laugh again, and to understand what people were saying so he could respond to them.

"It gives you new horizons of hope, that have never been there before - we now have an opportunity to hope for so much."