A one-legged man had to have his other leg amputated due to poor care at a Christchurch aged care facility, the office of the Health and Disability Commissioner says.

The 70-year-old, who had previously had his left leg amputated below the knee, was admitted to St Winifred's Hospital in Christchurch for 18 days' respite care.

He had two wounds on his right big toe when he went in but during his stay the wounds deteriorated and became necrotic.

Two days after he was discharged he was taken to hospital with gangrene of his right big toe, and the leg had to be amputated above the knee because of the condition. 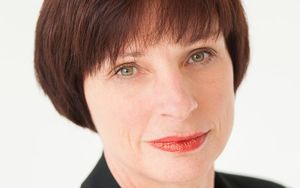 Deputy Health and Disability Commissioner Theo Baker said the facility's nursing staff failed to communicate effectively with one another and the man's GP.

As well, there was no oversight of the man's wounds by a registered nurse.

New Zealand Aged Care Association spokesperson Martin Taylor, speaking on behalf of St Winifred's Hospital, told Checkpoint the man should have been placed in a hospital, not a rest home.

"The one major mistake that I think the home made was that the accepted the home for respite with such high needs," he said.

"This outcome was not unexpected probably from a man with these high needs."

The man had a history of diabetes, which had caused the infection, Mr Taylor said.

"What happened here was that the facility took on someone with such high needs they really should have been in a DHB hospital," he said.