The Army Bomb Disposal Unit has cleared a white powder found on bags on an Air New Zealand plane in Christchurch. 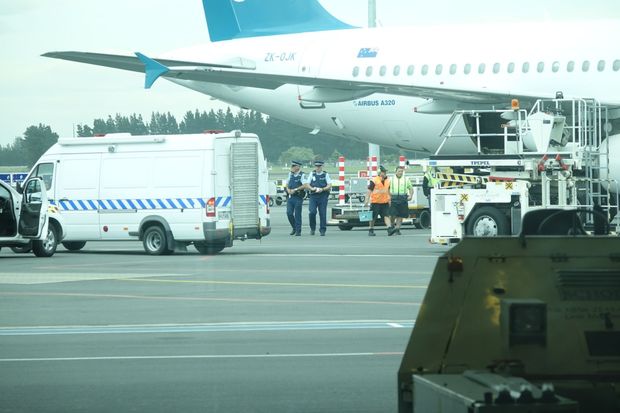 Police and airport staff at Christchurch Airport after white powder was found on an Air New Zealand flight. Photo: RNZ

Emergency services were called to the incident just before midday.

A police spokesperson said cordons were put in place around the baggage area and passengers were taken off the plane as a precaution.

Specialists determined that the powder posed no threat, the spokesperson said.

It was not known what the powder was or where the flight had arrived from.