A man found guilty of offences against two Wairarapa families, in what the sentencing judge described as a reign of terror, has been sentenced to preventive detention and will spend at least 10 years in jail. 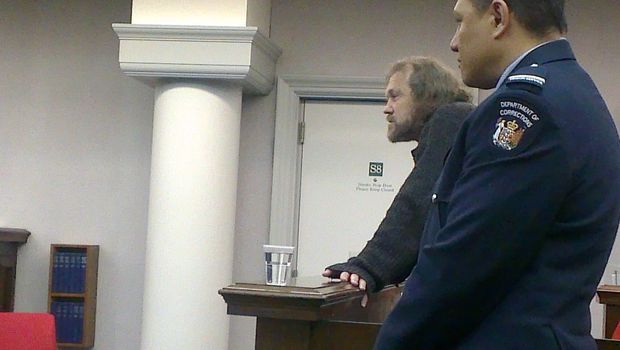 Alan Greer, 52, was sentenced in the High Court at Wellington today. Photo: RNZ

Alan Greer, 52, was sentenced in the High Court at Wellington on a range of charges, including rape, supplying methamphetamine and aggravated burglary.

Justice Mackenzie said Greer had formed inappropriate relationships with two young women aged 16 and 17, whom he supplied with methamphetamine.

He threatened one woman and her family, then approached his second victim armed with a shotgun and knife and forced her to go with him.

He plied the young woman with drugs and alcohol and when she fell asleep he raped her.

Greer laughed as the judge described his offending and also swore at the judge throughout the sentencing process.

Justice Mackenzie ordered that he spend at least 10 years in jail.

Greer left the courtroom before the hearing ended, making an obscene gesture to the judge.