The Principals' Federation believes schools will welcome a proposal to make their opening hours and term times more flexible. 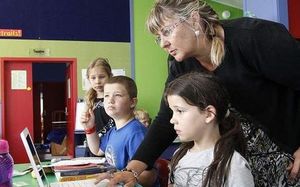 The proposed changes would not only allow schools to have longer days, but also permit those who wish to open their doors on public holidays, such as Waitangi Day, to do so.

Principals' Federation president Phil Harding said it was certainly worth giving schools the chance to try new things and also work with other schools.

But he said parents with children at primary, intermediate and high school could be faced with the competing challenge of holidays that are not synchronised.

Taskforce chairman Murray Jack tod Morning Report there had been mixed feedback about school hours but the long summer holiday has an impact on learning, especially on vulnerable and younger students.

The report says any changes would have to be weighed against community expectations.