The announcement of Government funding to rebuild the earthquake damaged Lincoln University campus has brought relief to the financially struggling university.

The Government will contribute more than $107 million toward the cost of replacing ruined buildings and repairing other damage. 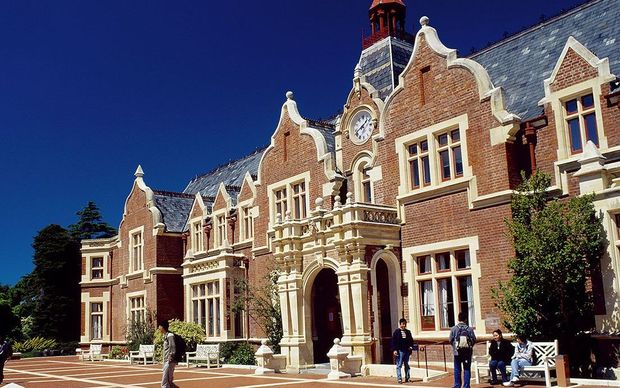 Lincoln, which describes itself as New Zealand's specialist land-based university, lost almost half of its academic floor space in the earthquakes, including many of its facilities for science teaching and research.

The university has been using temporary facilities since the earthquakes, but has suffered a significant drop in student numbers, which are only now starting to pick up again.

The vice-chancellor, Dr Andrew West, said it had been very hard .

"Because we sequentially had to evacuate floor space when it became apparent how serious the damage was.

"So we ended up with about 40 percent of academic floor space evacuated," he said .

"We also had some other relatively unused buildings that are not ideal but we could move academic staff into and convert into modern laboratories.

"It's not the idea layout but we were certainly able to continue offering a quality education.

But in the long run you need modern contemporary facilities with people housed alongside each other and not spread across the campus, so that's why it's been difficult for the university."

Student numbers at Lincoln fell by about 400 between 2010 and 2012, but but have been on the rise again since last year.

"We didn't lose students who were already at the university and we held our domestic enrolements which we're very proud of, and I think that's partly because we're a specialist university.

"But we certainly had a fall away in new enrolements from overseas and we had quite a significant decline there.

"It's started to return now, but it didn't help because of course you've got quite high fixed costs in a university.

"So, if you start to lose enrolements you can move into a loss-making situation reasonably quickly and that's what happened to us.

"We're hopeful with the actions we've taken recently, we'll be able to get back up to break even in 2015."

The Government funding is conditional on the university integrating its new facilities in the proposed Lincoln Science Hub, with AgResearch, Plant and Food, Landcare Research and Dairy NZ.

Dr West said that condition was no hardship.

"It's exciting," he said. "This is a once in a generation opportunity, probably once in two generations to be quite honest, to actually make something happen here which is way more than we had before".

These changes were about co-location, very deep levels of collaboration in science and also in extension and demonstration, to allow the university to make a bigger contribution in New Zealand and across the world.

"Something good's got to come out of devastating earthquakes, and this is it for the agricultural sector, for sure," said Dr West.

Construction of the new campus was expected to start in the second half of next year and to take three to four years to complete.