An independent marine mammal scientist has called it foolhardy to grant exploration permits in protected reserves where endangered Maui's dolphins have been spotted.

Documents obtained by the Green Party have revealed that five off-shore exploration permits have been granted since 2009. 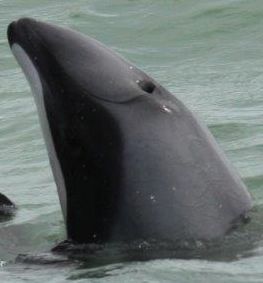 The permits overlap large parts of the marine mammal sanctuary on the North Island's west coast where there have been hundreds of sightings of the rare maui's dolphin species.

The scientist, Kirsten Thompson, said the impact of exploration activity on the dolphins was unknown and further pressure should not be put on them.

Greens Party oceans spokesperson Gareth Hughes said the dolphins were clearly there and it was unacceptable to open up the sanctuary to new threats.

"What's the point of a sanctuary if the government is going to allow sea-bed mining permits to cover a full third of it, or to allow seismic testing which could deafen the dolphins, or indeed oil rigs in the sanctuary itself. So, here you Simon Bridges and National putting the interests of mining companies ahead of the maui's dolphins" he said.

But Energy and Resources Minister Simon Bridges said the Government did take the protection of Maui's dolphins seriously.

He said the Government knew enough to be able to grant the permits.

"We've seen over successive governments resource activity in this area. On an evidence-based approach there has been no harm to maui's dolphins. We take the issue seriously, that's why we have followed the science and the scientists and the government has commissioned a lot of work in this regard" he said.