Police don't think people in a west Auckland neighbourhood need to be worried after a shooting that left a man dead and another critically injured.

Detective Inspector Bruce Scott said police got a call about 11.10am on Wednesday about shots being fired off Luanda Drive in the suburb of Ranui. Soon after, ambulance staff confirmed that a 23-year-old man was dead in a shared driveway for seven houses, one of them where he lived.

Mr Scott said a few minutes later, Waitakere Hospital advised that a man had been taken there with serious wounds to his neck and head, and just after that police got a report of a four-wheel-drive covered in blood. 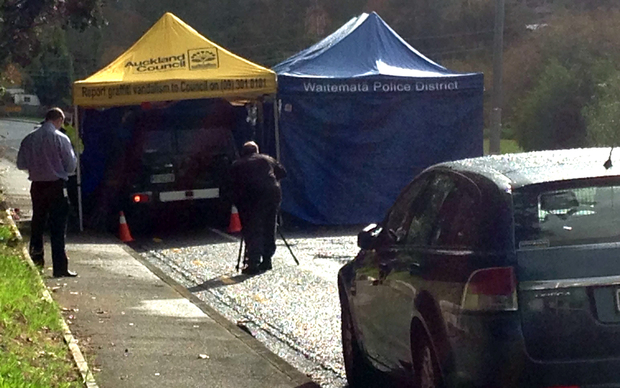 Police stopped the vehicle in Massey with two men in it as it was returning from the hospital. The 20-year-old underwent surgery and was in a critical but stable condition on Wednesday night.

Mr Scott said a firearm has been recovered and officers are speaking to the men in the four-wheel-drive, as well as neighbours. They are also investigating whether the incident is gang-related.

The detective told Radio New Zealand's Checkpoint programme police do not know whether the injured man shot the other man, and are appealing for witnesses to come forward.

Armed officers have been guarding a cordon at Triangle Road and Lincoln Park Road throughout the day where the four-wheel-drive has been covered with a forensic tent. A second cordon has been set up at a house off Luanda Drive.

Monoica Nicol told Radio New Zealand that she and a friend were driving along Triangle Road when they saw the four-wheel-drive which had crashed into a bank. She said it was covered in blood and could see two men slumped over in the front seats.

Massey resident Gabrielle Anderson was picking her daughter up from kindergarten when she saw the vehicle on Triangle Road. She said a friend who lives a few kilometres away also heard gunshots and a car speeding off.

Nearby Birdwood School was in lockdown after the incident. Principal Mike Carswell-Griffiths said they were not officially told what was happening.

It is the second fatal incident in Ranui this week. On Monday, the bodies of Farhat Rana Malik and her adult daughter Sidra Noor Malik were found with stab wounds in their home. Mrs Malik's husband, Ishrat Malik, has been charged with murder. 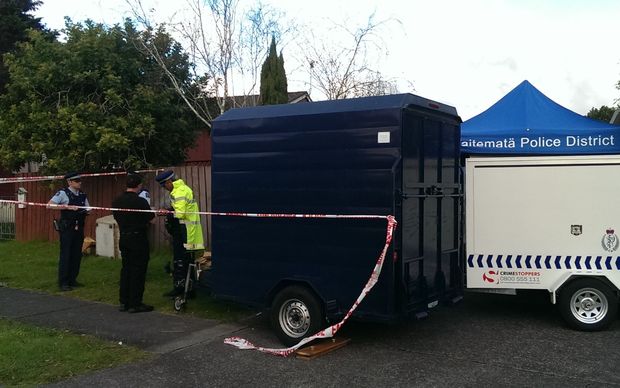