Insurers involved in the Canterbury residential rebuild have settled almost 60% of all earthquake dwelling claims which go over the Earthquake Commission's cap or are out of the scope. 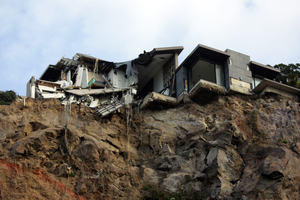 In such cases, where home repairs or replacements will cost over the EQC cap of $100,000, management of the claim is handed over to the private insurer.

Figures from the Canterbury Earthquake's Recovery Authority's latest quarterly survey show insurers had settled 51,799 of 87,705 over-cap dwelling claims, as of March the 31st.

41,924 out-of-scope dwelling claims have been settled.

Insurance Council chief executive Tim Grafton said at the end of April 2014 insurers had paid out $4.06 billion in residential earthquake-related claims - $555 million of that in the last four months.