Most people support the Government's $360 million policy of creating roles for the best teachers but, given the choice, they would spend the money on other things, a survey shows. 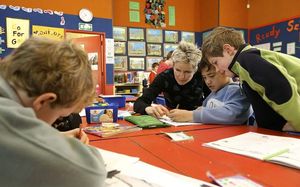 The poll of 400 people, for education union the Educational Institute, found 56 percent of respondents supported the policy and 36 percent opposed it.

The support for National's plan was about the same as for the Green Party's education policy and higher than for Labour's.

But when asked to name the most important areas of education spending, only a few percent supported paying good teachers and principals more to work in groups of schools, as will happen under the government's policy.