St John Ambulance staff are to be equipped with tablet computers so they can record and receive vital patient information on the spot. 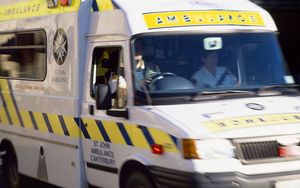 Staff will be able to tap into a patient's National Health Index number and find out if there are any health problems or medication they need to know about.

St John Ambulance's operations director Michael Brooke says the new system will also allow a record to be kept of callouts, even if the patient isn't hospitalised.

"When we attend somebody and sometimes we treat them and leave them at home, no one actually gets to know about that in the rest of health.

"We'll actually be able to, where we can, identify them through an NHI number, we'll be able to send a record into the system which will get picked up by that individual's GP so that they can know about the fact that maybe Michael's had a fall last night or Michael's got some problems."

It is hoped the system will reduce workloads in hospital emergency departments throughout New Zealand.

It will be in place everywhere except the Wellington Free Ambulance areas of Wellington and Wairarapa by the end of 2015.