The union representing nurses is asking the Government to allow some public input into the Trans Pacific Partnership trade talks.

Protests were held in 16 centres on Saturday against the attempts by New Zealand and 11 other countries, including the United States and Australia to reach a Pacific-wide trade deal.

About 1000 people marched in Auckland and about 200 in Christchurch.

But she said the Government is not being open and the union is asking for the opportunity to put the health sector's views forward.

A protest organiser, Edward Miller, said the rallies showed thousands of people are concerned and he hopes the Government listened.

He said New Zealanders deserve to know what is in the agreement, and the Ministry of Foreign Affairs and Trade should be transparent about the negotiations.

"There've been more discussions with stakeholders on this agreement by a country mile than any trade agreement I've been associated with negotiating in New Zealand in the past 30 years, it's just that these are people taking a very, very politicised view of the matter."

Mr Groser said New Zealanders would hear the facts when the deal was put before Parliament. 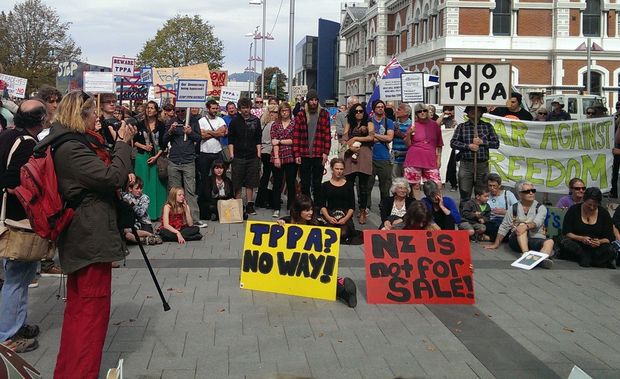