The Mental Health Foundation says the results of a new study of anti-depressants should spark a rethink of treatment options.

A survey by Auckland University researchers found the emotional side effects of the widely-used drugs are more common and more serious than previously thought.

Researchers asked more than 1800 people in an on-line questionnaire how they felt when they were taking anti-depressants.

Most said said the drugs reduced their depression, but for many, that came at the cost of other, unwelcome effects. 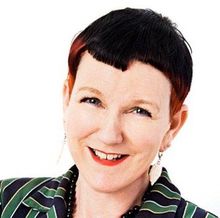 One of the researchers, Claire Cartwright, said one man wrote that his sex-life was the only good thing left in his life, but the medication had taken that away.

Mental Health Foundation chief executive Judi Clements said the results of the study, the first of its kind in this country, were worrying, particularly when a third of those questioned said they had not been warned about possible adverse emotional or interpersonal effects.

Ms Clements said anti-depressants are prescribed to make people feel better, and it was disturbing that a large group reported feeling worse.

She said people should be given more options to manage their mental health, through nutrition, exercise and counselling.

One in nine adults - and one in six women - are on anti-depressant medication in New Zealand. Prescription numbers rose 37 percent in the five years from 2007 and 2012, in part attributed to growing awareness of the illness and the fact that medication can be helpful.

Dr Cartwright said a number of people in the survey had been on anti-depressants since the 1990s and some who tried to come off the drugs reported they had gone back to them because of distressing withdrawal symptoms.

Although 82 percent overall reported the drugs had helped, a 40 percent still felt either moderately to severely depressed.

Dr Cartwright, a clinical psychologist and senior lecturer at Auckland University, said people were not being given strategies to manage their mental health without drugs and that was a concern when the long-term effects of antidepressants are not yet known.

In the United Kingdom, talk therapies or counselling in conjunction with medication are considered best practice. These therapies are not readily available through the health system in New Zealand, Dr Cartwright said, although research shows they can be as effective as drugs in treating the milder forms of depression.

The study on consumers' experiences of anti-depressants is published online this month in the International Journal of Psychiatry.

Auckland University School of Psychology has launched a second survey, this time on the experiences of people taking anti-psychotic medications, or neuroleptics.

The drugs, such as Olanzapine, Risperidone and Clozapine, are used to treat a range of conditions including schizophrenia, and bi-polar disorder.

Miriam Larsen-Barr, the doctoral researcher leading the study, said a lot more is now known about the adverse of effects of anti-psychotics, including recent research showing they can reduce life expectancy.

However, she is interested in hearing from people who have found anti-psychotics helpful as well as from those who had difficulties with the drugs.