A major employer of Filipino workers in Christchurch says he would support legislation making the exploitation of legal immigrant workers a criminal matter.

The First Union says Filipino immigrants working in the earthquake-hit South Island city are being exploited by local employers. It says some have been made to work weekends without pay, while others have not been paid at all for several weeks. 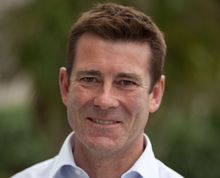 The union said it knows of two cases. The first relates to a sub-contractor who made 40 employees work for free on Saturdays, although that matter has been resolved. The second case, which has not been resolved, involves 15 employees who say they have not been paid for six to 11 weeks of work.

Leighs Construction employs about 60 Filipino carpenters and is recruiting for more. Managing director Anthony Leighs said often the workers value their job so highly they will do whatever an employer tells them, which is why legislation is needed.

"I wouldn't want to see us use a sledgehammer to crack a nut, but I do think that if we are going to see larger scale employment out of countries such as the Philippines it's important that there is a regime in place - here in Christchurch or in New Zealand for that matter - so that people can't take advantage of them."

Immigration Minister Michael Woodhouse said the Government is working on legislation that will make the exploitation of legal migrant workers a criminal matter, rather than a civil one.

Mr Woodhouse told Radio New Zealand's Summer Report programme on Monday information for workers about their rights is being distributed in New Zealand and the Philippines.

He said people not getting that information may be working with an unlicensed immigration adviser or unscrupulous employers could be withholding it.

Mr Woodhouse said it is a small problem for Canterbury and the country at present, but the risk of it growing is significant.

Almost half of the work visas granted for the Canterbury rebuild were allocated to Filipinos.

Between 1 July 2011 and 30 November last year, a total of 1926 people were granted temporary visas specifically for work associated with the rebuild.

Of these, 860 were Filipino nationals - 575 of whom got visas for occupations categorised as construction trades workers. That category includes carpenters, plasterers, glaziers, painters and stonemasons.