All but one of the major banks have raised fixed term home loan rates in the run-up to Christmas and a mortgage broker says the increases are just the start.

Kiwibank and ASB this week joined other major banks in raising some fixed-term rates. ANZ and Westpac increased their rates last week for terms from six months to five years, leaving the BNZ as the only major bank not to announce an increase. Some of the banks also removed special deals on shorter term rates. 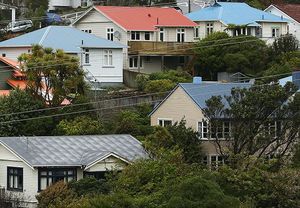 Auckland-based mortgage broker Christine Lockie said borrowers have had a good run with low rates, but increases of about two percentage points within two years are now inevitable.

"It will all depend on what's happening offshore but if the economies continue to improve over there we're going to see those continuing rises."

A director of mortgage broking firm Loanmarket said banks are responding to increased costs in wholesale funding in anticipation of the Reserve Bank raising the Official Cash Rate next year. Bruce Patten said the banks probably wanted to warn customers of the increases before they went on holiday.

ASB chief economist Nick Tuffley told Radio New Zealand's Morning Report programme the Reserve Bank is expected to raise rates by three-quarters of a percentage point in 2014, and the same over the course of the following year.

He points out that along with mortgage rate rises, deposit rates will also go up, to the benefit of savers. "We'll see people pay more for their mortgages but we'll also see savers getting more for their money over time as well, after some pretty low returns they've been getting since 2009."

Mr Tuffley expects rate rises to be gradual, with floating mortgage rates rising from 5.75% to 7.5% over the next two years.