The Prime Minister has accepted the resignation of ACT leader John Banks as a minister while he stands trial for electoral fraud.

The MP for Epsom has been in the Auckland District Court this week defending himself against the way finances for his failed 2010 Auckland mayoral campaign were declared. 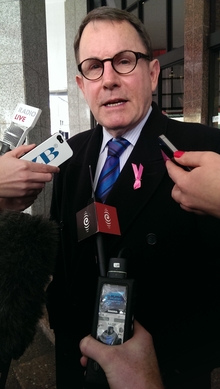 An earlier police investigation ruled that there was not enough evidence.

But Judge Phil Gittos ruled on Wednesday that Mr Banks must face trial over his failure to disclose donations made to his mayoral campaign by casino operator SkyCity and internet businessman Kim Dotcom.

Judge Gittos said the electoral form Mr Banks signed off was clearly false. It stated that two $25,000 donations to his campaign from internet businessman Kim Dotcom and one of $15,000 from SkyCity were anonymous.

The judge said the evidence showed that Mr Banks knew the donations came from Mr Dotcom and SkyCity. He said they were significant donors and the MP must have known they could not be listed as anonymous.

"This evidence produced by the prosecutor shows the donations concerned were all given personally to Mr Banks and, moreover, that the significant amounts of the donations and the circumstances in respect to which he received them were, at least in the case of the two cheques received from Mr Dotcom, such as to be memorable."

On Tuesday, the court was told that Mr Banks was kept at arm's length from campaign finances. However Kim Dotcom gave evidence, saying he was asked to split the $50,000 donation to keep it anonymous.

John Banks will next appear in court on 17 December for a callover hearing.

Nothing to hide, says Banks

Outside court on Wednesday, John Banks said he indicated to the Prime Minister's office last week that he would offer his resignation should the matter relating to his 2010 Mayoral Electoral return be committed to trial.

Mr Banks told reporters he believed the decision in the Auckland District Court that he has a case to answer was wrong. He said he would be contesting the charge and had nothing to hide. 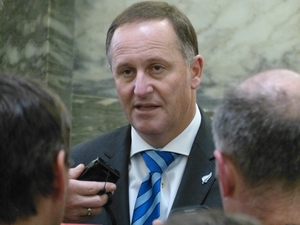 "We thought that we would get the matter put away today and put to bed and put behind us - but we haven't. There are many more steps that we can take and a number of options that we could pursue. And at the moment, we're looking to do that."

Prime Minister John Key told reporters on Wednesday that even though the events occurred before Mr Banks entered Parliament in 2011, the move to step down was totally the right call and he has accepted Mr Banks' offer to resign as a minister.

"I accepted that resignation. I thanked him for being a good, hard-working, reliable and diligent minister. But in the end, I agreed with his analysis that it wasn't possible for him to stay as a minister."

John Key said would decide on a reallocation of the portfolios held by Mr Banks on Wednesday night. However, Mr Key said that, without prejudging the outcome of the legal action, he would reinstate Mr Banks if he is successful on appeal or found not guilty.

Graham McCready, who initiated the prosecution, said he welcomed the judge's ruling.

Mr McCready said Mr Banks may try to avoid a trial and he expects a lot of work ahead for himself and those working with him.