The Prime Minister's refusal to allow any of his MPs to attend a national hui on water is another blunder, the Green Party says.

The Maori King, Tuheitia, will host the meeting at Turangawaewae marae in Ngaruawahia on 13 September for Maori to discuss water rights following a Waitangi Tribunal report on the matter.

On Monday, the Crown said it would delay its planned partial sale of shares in Mighty River Power until 2013 to allow more time to consult with Maori after an interim report from the tribunal found that Maori have proprietary rights over water. 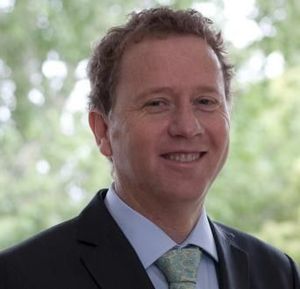 John Key said on Wednesday the Crown won't be represented at the hui and no National Maori MPs will be allowed to go.

He says the Government is only consulting with individual iwi and will be saying the sale of shares in state-owned companies doesn't affect Maori rights and interests in water.

"And that will be, in my view, a very long conversation."

Mr Key is still refusing to meet with the Maori Council, whose claim to the tribunal forced the delay to the sale of Mighty River shares, but says the Government has written to the council.

Dr Norman says Mr Key is not showing good faith - and that could add to the Government's problems if the matter ends up in court.

"For the Government to say that it won't even attend and will actually ban its MPs from attending is the exact antithesis of good faith negotiation and is yet another blunder from this Government."

King Tuheitia's spokesperson Tuku Morgan says Mr Key was not invited to the hui, but all other MPs are welcome to attend.

The Maori Party is considering whether it will go. Co-leader Dr Sharples says he has yet to be convinced that MPs - including anyone from his party - should attend.

"I think that the iwi leaders and the representatives of the claims groups and the Maori Council and whoever else who are involved in the actual negotiations on behalf of claims should work it out themselves."

Labour leader David Shearer says his party will go to the hui if it is invited and believes if the Government was really negotiating in good faith, it would listen to what people at the hui say.

"We have a very proud tradition in New Zealand about resolving these disputes, which often starts off very angry at the beginning and years later arrives in Parliament with people singing and crying about the way that their rights have been respected."

Mr Joyce told a conference in Auckland that the partial sale of Mighty River Power will go ahead between next March and June instead of this year.

He said the Government will use the extra time to promote the benefits of the mixed ownership model.

Mr Joyce reiterated the Government will not support a concept raised by the Waitangi Tribunal of giving Maori extra shares and a say in running power companies.