A move to free up more land for new builds is likely to see fewer driveways and garages in modern housing, in a move some say could have New Zealand looking like Coronation Street. 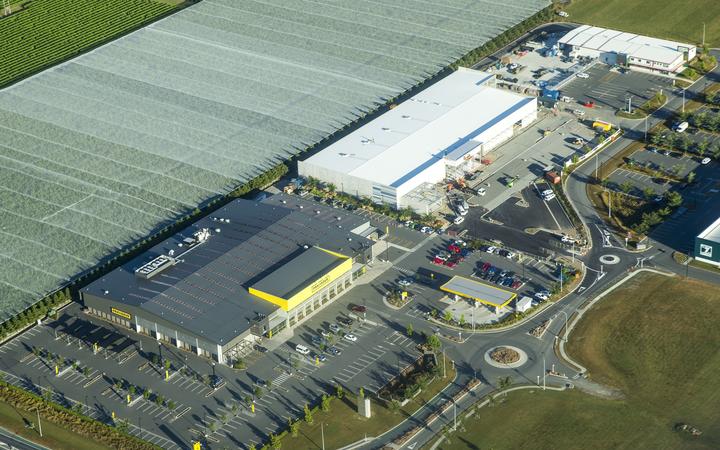 Councils across the country must scrap planning rules that require car parks to be put down near new housing or business developments, under newly released housing guidelines.

Discussion on the guidelines cropped up at a Marlborough District Council meeting last week, with council strategic planner Emma Toy later confirming houses would no longer need to make space for two car parks in a garage or driveway.

The change comes as the government looks to encourage development, in part by freeing up land held up by car parks, under its new National Policy Statement for urban development.

Property developer Phil Robinson said scrapping car park rules was a "big change", but he was unsure if it was a "big win".

Not being required to build garages or driveways could free up about 5 to 10 per cent more sections per new development, but cars would be forced to park on the road, which was a hazard.

Developers might have to widen streets to accommodate cars.

"I think it works in a central location, where they've got good public transport and people aren't expected to have more than one car on the road... I don't know how appropriate it is here.

"I think a lot of developers will go for it, as it will save on costs."

Nikau Drive Ltd, where Robinson worked as director, had already applied for resource consent to develop a 12-hectare property in Blenheim and divide it into 131 sections with on-site parking.

He said parks were also an "important part of the retail process" at the Westwood shopping centre, which he helped develop.

"I don't think we'd have got away with any less than we've got."

RLA Construction Ltd and RLA Developments Ltd owner Richard Anderson said he would not pick up housing development projects that left out car parks, as these would be harder to sell.

"People living in Marlborough just wouldn't pick that up. Marlborough doesn't have the public transport to support that sort of thing... most families have one car or two," he said.

Developer Robin Sutherland, who planned to put a 90-bed YMCA complex in Blenheim, said it was a "revolutionary" rule change.

The rule did not affect his project, as builds in central Blenheim were not currently required to include car parks, but he felt developers that dropped parks would struggle to find tenants.

"This is a little town and people behave as they do in little towns: they drive everywhere... it's very important for developers to accommodate car parks," Sutherland said.

"If we're going to rely on buses, we'll need a hell of a lot more than what we have now. I've never seen a passenger on a bus."

Blenheim-based architect Tim Barton said up to a quarter of a small section could be taken up by a garage and driveway.

But in older European cities, properties had no space built in for a car or garage, and everyone walked or took public transport.

"We know what this looks like, and it's not New Zealand.

"It's an interesting and good change... but it wasn't aimed at Blenheim, and it won't have much effect on housing built here."

He believed people would still want garages and driveways.

Top of the south property developer Chris Thornley said the rule change could make developing subdivisions more attractive and available, which could reduce the price of new sections.

"All of that can only be good," he said.

Council environmental policy manager Pere Hawes said at the meeting last week the council would remove the rules from its plan in the next four to eight weeks, in line with other updates.

It was not required to consult the public about the rule change.

Developments would still need to provide disabled car parks but could otherwise have workers or visitors park on local roads.

Councillor Mark Peters said it was a "major change".

Councillor Michael Fitzpatrick said the change would save him $12,000 as he would not have to put parking at a building site.

Fitzpatrick had a resource consent with the council to subdivide a property off Blenheim's Redwood St approved earlier this year.

Marlborough was also reassigned from being a "medium growth" area to a "tier three", or low growth, area under the new rules - reversing a reclassification made just two years ago.

This meant the council was still required to monitor house and rental prices, how this related to population growth, and make sure there was enough land for homes, businesses and industries, but it no longer needed to publish quarterly reports.

But it would push ahead with plans to publish a larger housing report before the end of the year, and look at continuing this.

Marlborough Mayor John Leggett asked why Marlborough was reclassified, given the high demand for property and sections.

Toy said the region's population was not expected to grow as fast as populations in "tier two" or "tier one" areas, like Nelson.