A boatload of mussel shells have been sunk off Marlborough's shores to create a reef that will help revive marine life and a multimillion-dollar industry.

The Marine Farming Association will place 20 tonnes of live green-lipped mussels atop 12 tonnes of shells dropped at two spots in the Pelorus Sound/Te Hoiere to see if it can restore mussel beds wiped out by overfishing in the past 50 years. 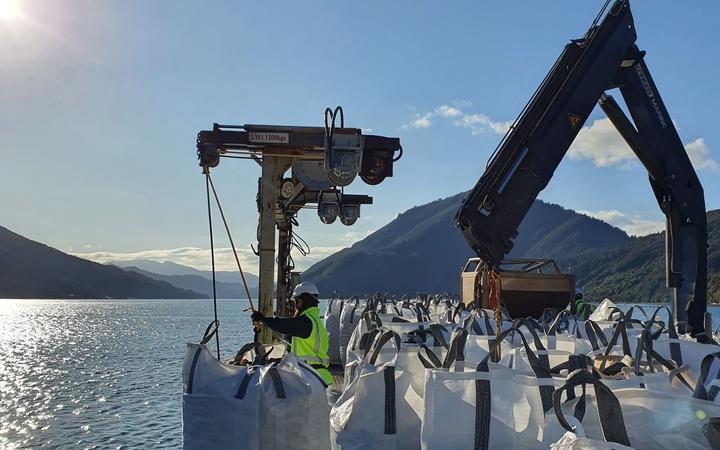 Over time, the project could also rekindle mussel spat, or juvenile mussel, farming - an industry that once generated between $10 million to $30m a year in the Pelorus Sound/Te Hoiere, but had since become uneconomical to maintain.

Young had helped establish mussel farming in the Sounds and became a mussel farmer himself in the 1980s, he said.

"Every man and his dog were packing them into wooden cases ... you're probably talking tens of hundreds of tonnes. It devastated the old mussels that sat on the rocks," he said.

Clearwater Mussels owned 110 mussel farms and 20 spat farms between Kenepuru Sound and Golden Bay, some in partnership with Marlborough families.

"Efforts to restore the natural mussel beds and the natural shoreline population of greenshell mussels are a good thing."

But restoring the beds was an "infinitely complex story," he said.

"I think there's a whole lot of environmental and climate factors to take into account ... We like to think the way to solve things is easy, but it's not always," Young said.

Six tonnes of shells were dropped at both Putanui Point and Fairy Bay last month, after the Marlborough District Council gave the association consent. Ten tonnes of green-lipped mussels would be dropped in October, once the shells settled. 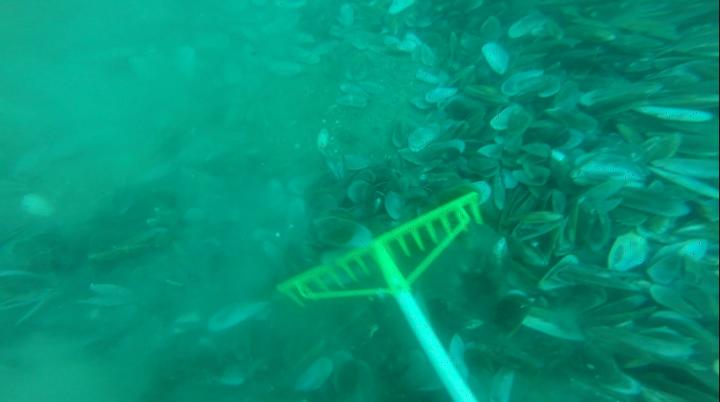 Researchers use a rake to level out mussel shells sunk in August. Photo: MFA via LDR

The sites were chosen for their different seabed sediments and their distance from popular fishing spots in the Sounds.

The shells would provide a layer to which the mussels could attach.

"Mussels are one of the foundations of an ecosystem. Once they are thriving on the sea floor, they'll create an environment for fish and all other species to live in, help remove suspended sediment from the water column and stablise the seabed."

The reefs also doubled as an outsource for mussel shell waste, which often ended up falling beneath mussel farms.

Figures from the council showed 3385 tonnes of mussel shells were landfilled in Marlborough last financial year.

The reefs would be researched for two years, with the outcomes reported in a scientific study, the consent application said.

If successful, the knowledge could be used to speed up mussel bed restoration in other parts of New Zealand.

The project received about $64,000 in funding support from the Marine Farming Association and the mussel industry. Association members were also providing $200,000 worth of boat time and expertise towards the reef project.

"If it helps with increasing spat numbers, that would be very welcome too," Wells said.

In 2018, Urlich recommended the council develop an artificial reef strategy and place reefs in areas to boost marine life.

A new rule had since been added to the Proposed Marlborough Environment Plan allowing artificial reefs to be created or restored. This rule was being appealed in court.

The project was supported by the Mussel Reef Restoration Trust - which had put more than 130 tonnes of mussels in the Hauraki Gulf, north-west of Auckland, to restore beds.