Andrea Darbyshire is one of dozens of Carterton District Council staffers who have agreed to a payrise freeze as the district responds to the aftermath of the Covid-19 lockdown. 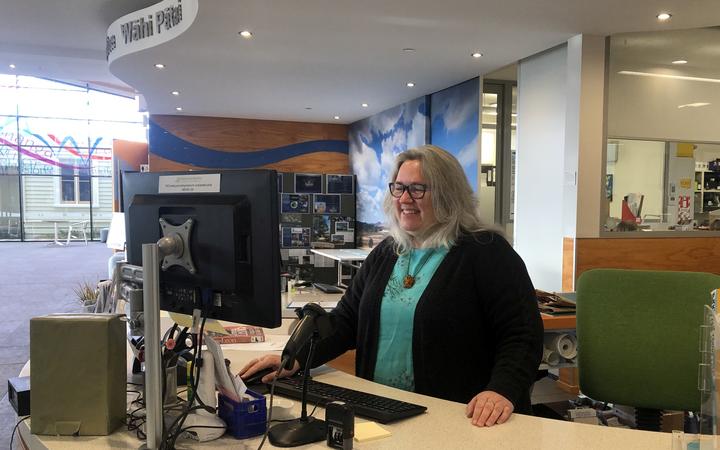 Carterton librarian Andrea Darbyshire is one of dozens of council staff who agreed to a pay freeze. Photo: PHOTO / SUPPLIED

Darbyshire, who works at the town's library, said she "would feel terrible" taking a pay rise when there are "a lot of people in the community losing their jobs".

"The library plays such an important role in our community so keeping all our library staff employed is vital."

The public health response to the outbreak put companies worldwide on the brink of financial ruin.

This was also felt keenly in Wairarapa and across New Zealand when the battles against the virus saw the country's businesses largely down tools, and close doors from late March to early May.

The knock-on effects are still to be felt and with the country's border still largely shut, threats to jobs and livelihoods remain.

With a bleak financial outlook looming, district council workers took the decision to forgo potential wage rises. The council had limited its rates hike in the aftermath of the pandemic.

It projects a small operating loss in the forthcoming year and has dipped into its reserves. CDC accountants also said they may face up to 20 percent of ratepayers deferring.

The first half of the year has been particularly hard on the central Wairarapa district.

The council itself was in March one of the first organisations in the country to have to manage an instance of Covid-19, when a Carterton council worker was one of the first people in New Zealand to test positive for the disease. 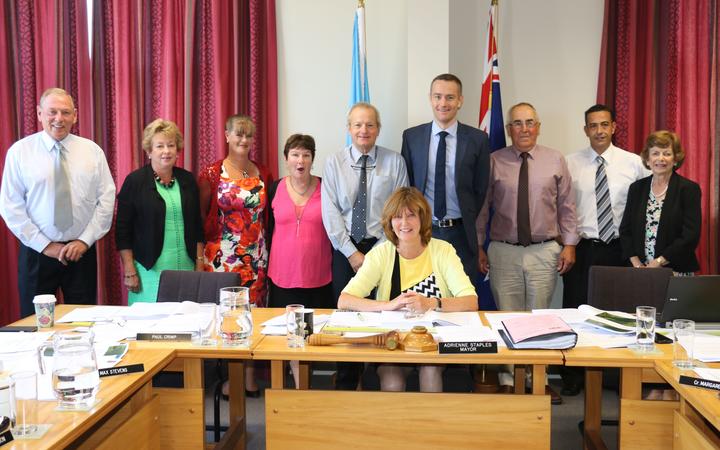 The community also suffered the losses of some of its respected leaders, including its first district mayor, Barry Keys, and local reverend Jenny Henson.

Senior managers were the first to agree to the freeze. Chief executive Jane Davis said she would donate a percentage of her salary to a small business fund.

Davis said a level of trust between councillors, staff, and the community had helped during difficult times, and would continue to do so.

She said the organisation's culture was "very community-centric, and with a very strong commitment to each other, and their teams.

"Several staff were thrown in the deep end working in unfamiliar roles and all of them did an outstanding job.

"While many of us have struggled a bit with all the disruption caused by Covid-19 and the tiredness from the intense working period, everyone is supporting each other and focusing on getting things back to normal.

"The big focus is on the Carterton people we serve and making sure we provide what they need."

Davis said the pay freeze meant the council could maintain all staff and the same service levels.

She said staff felt the payrise freeze was just one of the small ways to help reduce the rates increase and felt like the right thing to do.

Councillors' pay is set from a Remuneration Authority pool. Legislation prevents them from matching the staff's gesture.

Solitaire Robinson, a senior planner at CDC and a former South Wairarapa councillor, said that support from the council during lockdown had been amazing, "whether it was to help us work from home or to check on our general wellbeing".

"From the very beginning, we were given assurance that our managers would do everything they could to retain all council staff, which was a huge relief and meant the staff could continue to work hard for our community. I'm really grateful for this. I was more than happy to take a pay freeze and to play my part in ensuring the district's ratepayers had a minimal increase in these difficult and uncertain times."

Carterton wastewater treatment assistant Clinton Lake said he "didn't have a problem with it".

"The way I look at it, it's a good council to work for and they've looked after us through lockdown and kept us all in a job so I was happy to do it."

Darbyshire said the freeze was one way of helping her fellow townsfolk.

"I'm glad I can help keep the service going and by taking a pay freeze, I can comfortably look our library customers in the eye."