A Wairarapa mayor is describing calls for staff and councillor pay cuts and rates freezes following the Covid-19 crisis as "irresponsible". 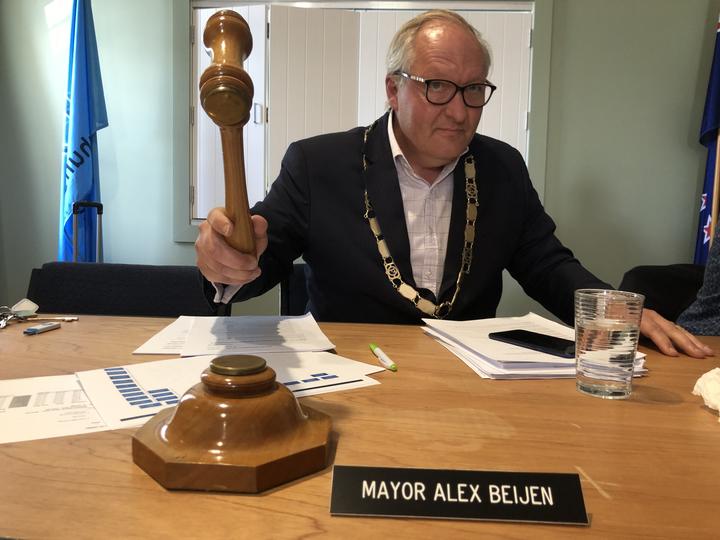 South Wairarapa District Council chairperson Alex Beijen said he had been contacted by more than 20 "fringe groups" from outside the area.

A national campaign led by the NZ Taxpayers' Union has called for rates freezes, and pay cuts similar to those taken by government ministers.

South Wairarapa councillors meet today to set up consultation on the rates and initiatives for the 2020/21 year.

Ahead of today's annual plan meeting, Beijen said they were trying "to sway council without any financial analysis or logic behind it".

"It is irresponsible to be suggesting a course of action without doing any research.

"But certainly, every council will be taking into account - I'm sure - the impact of Covid on its rating base and adjusting finances and expectations as a result, and it would be irresponsible of a council not to."

The consultation document would lay out the district's response to the pandemic crisis, he said.

"A council is a cost-recovery, non-profit entity, not a pure commercial business.

"We have reacted to it, and that will be shown in the consultation document we go out to the community to comment on. We're not going to do this unilaterally. We are asking for opinion.

"I feel at the end of the meeting the community will see that we've taken a responsible and balanced approach to what we're doing."

There has also been a wide-ranging call for elected representatives across the country to follow Cabinet ministers in taking a temporary 20 percent pay cut.

But Beijen said calling for the same measure across all councils was "neglectful".

"With regards to pay rates, it should not be, again, fringe groups making comments. If you look at the disparity of a rural council and the pay rates associated with it, I think one of our councillors worked out they were being paid less than $2 an hour.

"That is seriously reflected when you compare with a Wellington City councillor receives $30,000 more than the South Wairarapa mayor.

"In my opinion, a broad-brush approach is neglectful of the reality of the situation and it is entirely up to the councillors how they spend their fees in relation to donations to community support."

"They are real people balancing their professional accountabilities with their personal circumstances.

"I see this on a day-to-day basis and am proud of their commitment, drive and passion to do the best for our community in the most difficult of circumstances.

"It does remind me what public service is all about - doing the right thing, at the right time, in the right way, and getting brickbats and bouquets along the way."

Greg Lang, the mayor of the neighbouring Carterton district, said donations would be an individual call.

"There are a raft of factors that are unique to different individuals and communities when thinking about people's pay.

"As you may know, elected members don't set their own pay. That is done by the Remuneration Authority. We cannot refuse to accept payment.

"Whether elected members choose to donate some of that income to others or to charities is a call each will make individually."

"We are quite aware that at this time it may be quite challenging for some to pay their rates and for those experiencing hardship we are open to flexible payment arrangements - we just ask that people who are in this position contact us to discuss a payment plan."