Concern was raised at Friday's extraordinary Bay of Plenty Regional Council meeting that Māori consultation was "window dressing" and "nice words" with no meaningful action. 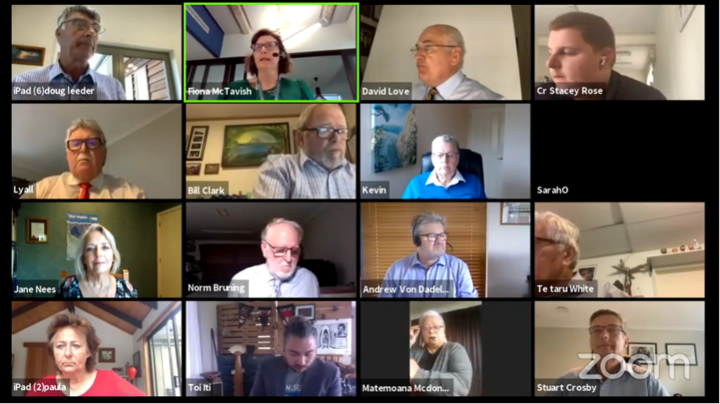 The regional council had met virtually to discuss its economic recovery plan to Covid-19.

Poutasi said tourism, forestry, accommodation, food and beverage, and iwi organisations and land trusts were most likely to be negatively impacted by Covid-19.

She said Treasury had predicted unemployment could rise to between 13 and 26 percent. A large number of those affected would be Māori.

Her comments referred to the seven economic scenarios released by Treasury last week, which also showed that - with government support - unemployment could be kept below 10 percent and return to 5 percent in 2021. The other scenarios depended on the amount of time spent in lockdown and the level of fiscal support, among other factors.

Poutasi said within the next six months it would be key for the regional council to begin the projects in its applications to the Crown Infrastructure Partnership Group, potential regional "green works", regional transport projects, and Māori economic development, to keep as many people employed as possible.

The regional council could then build on this initial work with more aspirational projects.

One line in Poutasi's report stated, "Council and staff recognise and are cognisant of not adding undue pressure through consultation and engagement processes, particularly at a time when the limited resources of iwi-Māori are further drawn on by COVID-19 response and recovery."

This was described as "patronising" by Kohi constituency councillor Toi Kai Rākau Iti.

Iti said he was aware the report was prepared in "short order" but he felt paragraphs concerning Māori participation were "window dressing".

"The words are there but to be honest our track record involving Māori isn't fantastic," he said.

"Yes, they are also running checkpoints and [delivering] food but I have spoken to iwi leadership and they want to participate.

"This reads to me as patronising."

Iti said the Māori constituency councillors had a duty to advocate for Māori.

He said he wanted to see action not "pretty words".

Iti called for a change to the report's recommendations.

He asked that "iwi partners" be removed from the recommendation that the council seek expressions of interest from iwi partners and community stakeholders on other "green projects", and that a new recommendation be created, stating staff would seek advice from constituency councillors on how to engage with iwi on the regional recovery.

"If we correct the report it starts to correct the way that we act and work together moving forward," she said.

All councillors voted to change and move the recommendations.